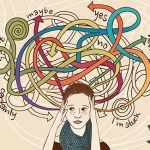 Does your child have decision fatigue?

Our ability to make intelligent decisions declines after making lots of them. Help your child preserve their decision-making energy for the choices that count.

Do you really want to read this story?

And if so, will you click through for further information, or surf elsewhere?

You’re not alone. According to a new field of research on decision fatigue covered by The New York Times Magazine, the avalanche of decisions we are confronted with every day takes a toll. One study found that judges grant parole to inmates who have appointments first thing in the morning 70 percent of the time. By the end of the day, inmates have less than a 10 percent chance of being released from prison. Why? Having expended all their decision-making energies, they choose the least risky proposition: the status quo.

After making a series of decisions, people experience what psychologists refer to as “ego depletion” — that is, a loss of willpower. In experiment after experiment, researchers have found that not only do our powers of intelligent decision making decline after making lots of decisions, ego depletion inclines us to avoid decisions altogether. (This all seems like a pretty good explanation for one of my favorite hobbies: procrastination.) The subsequent loss of impulse control also explains the persistence of bad habits at the end of a long day: splurging on an expensive purchase after shopping for hours or eating another piece of cake at midnight.

What, pray tell, does all of this have to do with parenting? Although the article didn’t talk about children or education, I can’t help but feel like this research has huge implications for how we educate and motivate our kids.

This research explains why our children — who have so many options, so many channels, so many privileges — don’t seem as happy or resilient as they “should” be. They are exhausted by too many trivial choices. So the next time you’re tempted to give kids yet another choice: toast or cereal, apple or grapes, Netflix or Hulu? Think again! (Or rather, decide for them!) Preserve their willpower for planning that Mesopotamian diorama or drawing the process of photosynthesis.

The studies also suggest that “good decision makers” don’t exist, per se. “Good decision making is not a trait of the person, in the sense that it’s always there,” social psychologist Roy F. Baumeister tells the New York Times Magazine. “It’s a state that fluctuates.” People who intuitively understand this conserve their energies by relying on other strategies to avoid the decision maker’s overload: you develop a habit (e.g. You just eat oatmeal every morning rather than choosing from an array of sometimes unhealthy options.) or count on emotional support (e.g. You manage to exercise by meeting regularly with a friend to work out.). This helps clarify why parents can make such a huge impact on kids’ long-term success quite apart from big influencers like high-quality schooling, say, or your child’s innate talents. Strict routines and habits around sleeping, exercise, screen time, eating, and studying pay dividends down the road by training adults to just do certain prescribed behaviors (e.g. Go to sleep when you’re tired, brush your teeth, read books in bed.), thereby avoiding the myriad possible decisions that could have harmful consequences.

Taking a bite out of decision fatigue

The research also helps point out how to help your children when they begin to suffer from decision fatigue: feed their brains. Literally.

Though social psychologists (who tend to think of brains as computers unencumbered by biological needs) first thought the findings must be a mistake, they discovered that increasing glucose levels to the brain helps people replenish their willpower. (In neurological terms, the glucose shifts activity away from the nucleus accumbens (the reward center) back toward the amygdala (which helps with impulse control). So when your child seems ready to throw in the towel, a small sweet snack may do wonders for unleashing a little more oomph. Even better, a high-protein snack (given well before they start to lose it) will help ensure the sustained glucose levels necessary for deciding how to conclude their essay on Lord of the Flies.

You made it. Now the world awaits the results of your decisions. Yes, it may be too late for you to avoid fatigue, but you can still help keep your child’s amygdala up and running. As one erstwhile President might have put it: being the decider ain’t easy, but someone’s gotta do it.