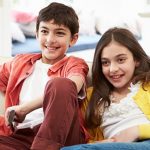 Are girls’ and boys’ brains different?

Science shows they aren't as different as you may think.

When my son was a toddler, his best friend, a girl, gave him a sparkling dancing Katrina doll for a birthday present. He’d apparently admired the doll at her house, but once he got it he never played with it — until the day I found him chasing his little brother around with the doll, which he’d managed to twist into the shape of a gun.

Boys will be boys? Proof that gender differences are hardwired? Not so fast. Like most parents, I have just as many tales illustrating the influence of nurture on my son’s behavior. At preschool one day, as he was playing dress up with two girlfriends, he donned a scarlet tutu. Within a minute an older boy guffawed, “Boys don’t wear dresses!” He never put on girls’ clothes again.

In the 21st century, the age-old question of nature versus nurture has sprung up in neurobiology. Are boys’ brains essentially different from girls’ brains? Are there differences in how boys and girls learn?  If so, what are these differences, and how much do they matter?

This question has been at the center of a debate that has ping-ponged back and forth over the last couple of decades, and many of the “facts” that have filtered up into popular discourse are both unsubstantiated and untrue. It’s no wonder that many parents are confused about boys and girls and that most essential of organs: the human brain.

How did we get so muddled? The story is an intriguing one involving brain science, bestsellers, and a fair share of baloney.

The role of Mars and Venus

Back in 1992, when John Gray published Men are From Mars, Women are From Venus, he tapped into the public’s tremendous appetite for information about sex differences. Mars vs. Venus is about the gulf between men and women — a chasm so immense, Gray insists, that males and females may as well be from different planets. The book was a dizzying success — Gray’s website calls it “the most popular book of the decade” — it generated lucrative spinoffs including couples’ seminars, product endorsements, and revamped versions of the original book (the most recent volume is titled Venus on Fire, Mars on Ice.)

Over the last decade, a number of books identifying essential differences in the male and female brain have had popular appeal. One of these books, The Female Brain by University of California, San Francisco neuropsychiatrist Louann Brizendine, is a bestseller that has been published in 26 countries.

Brizendine stresses the differences between the brains of the two sexes, and exalts the female brain for, among other qualities, its, “tremendous unique aptitudes — outstanding verbal agility, the ability to connect deeply in friendship, a nearly psychic capacity to read faces and tone of voice for emotions and states of mind, and the ability to defuse conflict.”

Four years later, in her second book, Brizendine took a close-up look at the male brain, which she calls a “lean, mean problem-solving machine.” As in her first book, The Male Brain focuses on brain differences to explain discrepancies in male/female behavior.

These and many other, similarly popular books marshal scientific studies to shore up generalizations about the male versus female brain — claims that girls are better at recognizing emotions, for example, or that boys are hardwired for aggression. Such generalizations are delicious fare for popular media and have been echoed in magazine articles and on websites (including an article formerly published here). As a result, these claims have filtered into the collective consciousness. It’s common to hear parents and educators make generalizations about girls’ and boys’ brains, and the way the differences between them are reflected in behavior, learning, and development.

The problem with these generalizations is that they aren’t fully substantiated by the scientific evidence — or, at least, they aren’t as true as the “sex difference evangelists” — as Slate calls Brizendine and others who share her approach — imply.

Girls’ and boys’ brains: Not so different after all

Brizendine and the other sex difference evangelists are fond of the words “innate” and “hardwired,” and employ them over and over in their work. Girls are innately more relational, for example, or boys are hardwired to be competitive.

But neuroscientist Lise Eliot, who combed years of research on brain differences for her 2014 book, Pink Brain, Blue Brain, found scant evidence of innate qualities or hard-wiring in the brains of girls or boys: “What I found, after an exhaustive search, was surprisingly little solid evidence of sex differences in children’s brains,” she writes.

Gina Rippon, professor of cognitive neuroimaging at the Aston Brain Centre in Birmingham, UK, agrees with this viewpoint in her 2019 book, The Gendered Brain: The new neuroscience that shatters the myth of the female brain. Rippon believes the differences at birth are modest but increase due to cultural influences because “a gendered world will produce a gendered brain.”

If the differences between the male and female brains are relatively modest, why are people so eager to believe the opposite?

Eliot points out that emphasizing differences is more compelling than the more humdrum reality. “Sex differences in the brain are sexy,” she says.

It’s true that gender differences make for good copy. Brizendine’s claim, for example, that women use 20,000 words a day while men use only 7,000, neatly fit well-worn stereotypes about chatty women and taciturn men. After the hardcover version of Brizendine’s book came out, these claims were discredited — it turns out that men and women speak roughly the same number of words each day — and Brizendine took it out of subsequent editions of her book. But the truth received much less hype than the hyperbole.

Sexy or not, emphasizing the innate differences between the male and female brain discounts the latest brain science. The human brain continues to develop throughout life. The essential material we’re born with changes every day based on what we’re exposed to. It’s not nature or nurture — it’s both.

“Simply put, your brain is what you do with it,” Eliot writes.

Generalizations about inherent male or female skills can have a self-fulfilling effect, reinforcing stereotypes and expectations that prescribe the way girls and boys are taught. “Use it or lose it” is a common refrain when it comes to the brain — that is, if areas of the brain are not used, they wither, just like an unused muscle. If a math teacher has lower expectations for the girls in the class, he may not challenge them the same way he does his male students. Or if a parent doesn’t expect a son to be empathic, she may send him messages that it’s acceptable to be selfish. “The ‘gender gap’ becomes a self-fulfilling prophecy,” suggests Rippon.

Eliot believes that the emphasis on brain differences by Brizendine and others has led to “a brand-new wave of stereotyping… The more we parents hear about hard-wiring and biological programming, the less we bother tempering our pink or blue fantasies, and start attributing every skill or defect to innate sex differences. Your son’s a late talker? Don’t worry, he’s a boy. You daughter is struggling with math? Its okay, she’s very artistic.”

In one study of how attitudes affect math achievement, for example, researchers tested two groups of undergraduate students of both sexes, all skilled math students. Before taking the test, one of the groups was informed that women usually don’t do as well on the test as men do. The women in the group not informed of this stereotype performed just as well as the men. The women informed of the negative assumption scored significantly lower than the men.

These days, gender stereotyping is arguably more damaging to boys than to girls, when it comes to academics. “While parents of girls keep raising their expectations, parents of boys are doing just the opposite,” according to Eliot. “We blame every lapse on boys’ lack of maturity, or lesser verbal skills, or minimal self-control, and lower our goals for their achievement and love of learning.”

Literacy and math are two areas where stereotypes about gender-based abilities are common. Girls mature earlier in general, and do consistently better than boys in reading- and writing-related skills through college, a reality that no doubt helps explain girls’ higher school-achievement level overall. But scientists have found no evidence that this achievement gap has anything to do with the structure of the brain.

“Language and literacy are learned skills,” Eliot points out in Pink Brain, Blue Brain. “Education, not biology, is both the cause and the answer to sex differences in reading skills.”

It is popularly assumed that boys are somehow born with more “math brain” but multiple studies have found this not to be the case, including a 2015 study of 1.5 million 15-year-olds, conducted by University of Missouri and University of Glascow (Scotland), which found that girls outperform boys in 70 percent of the world, not only in reading, but also in mathematics and science literacy.

Eliot offers a number of concrete suggestions for parents to help their children transcend gender stereotypes in learning and development. Boys should be encouraged to turn off the screen and read, for example, to help strengthen reading and verbal skills. It’s also important for parents and other adults to engage boys in dialogue, and not let them get by with shrugs and grunts. Playing sports, chess, and building games can help girls improve spatial abilities. Boys should be encouraged to engage in caregiving activities — like babysitting or tutoring younger children, for example,  or spending time with elderly relatives or neighbors — to foster nurturing skills. Girls should be given a range of math and science opportunities, and encouraged to compete.

There is still much we don’t know about the human brain in general, and about male and female differences in particular. But the more we learn about the brain, the more complex and magnificent it seems — and the greater the potential for every girl and boy to develop a limitless range of talents and passions.