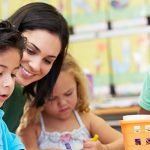 Inside the 1st grader’s brain

What insights can neuroscience offer parents about the mind of a first grader?

If your 6-year-old’s pleas for justice are driving you nuts, take note: Your child’s fixation on fairness is developmentally positive. The first grader’s swiftly developing brain is leaping from magical thinking to logical, rational mental processing; she’s eager to understand the principles behind rules and regulations.

First graders are incongruously attracted to both the penal code (laws, police, ethics, traffic signs, crime, jail) and to competitive winning — at all costs! They’ll panic if you jaywalk because they fear prison. But they’ll also lie, cheat, and argue to win.

What’s happening neurologically inside the first grader’s conflicted skull? The buzzing three-and-a-half foot child in front of you is experiencing major brain blasts as his cognitive circuits are getting programmed — for life! First graders have trillions of pathways that connect their neurons in the cerebral cortex. This tangle of wiring is getting pruned in a 6-year-old at an alarmingly intense rate. The rarest-used pathways are eliminated to streamline each individual’s thought process. Here’s some help to optimize your first grader’s quickly developing mind:

The sensory lobes that recognize and analyze challenges are maturing at a rapid rate in the 6-year-old’s brain. In other words, the first grade brain has stunning plastic capability that should never be underestimated. Your first grader will do best with a sensitive, yet demanding teacher who insists on quality work. According to professor of psychiatry at UCLA School of Medicine Daniel Siegel, teachers’ expectations of students’ abilities have a huge effect on student learning. In one study, teachers were mistakenly told that some of their students who had been previously identified as learning disabled were in fact gifted. After the teachers raised expectations, the students performed up to expectations.

Learning to read by "sounding out" letters in words is difficult for many first graders, even if their brain’s auditory development is excellent. One reason, notes Jeannine Herron, Ph.D., author of Making Speech Visible, is that memorizing the alphabet is misleading because letter titles — A, B, C, etc. — don’t sound precisely like the sounds they represent. For example, the letter "G" has a "J" sound, "H" is way off-base with its "AAACH" pronunciation, and all the vowels can be utilized with more than one sound. This difficulty delays thousands of struggling readers. To circumvent this, Herron recommends teaching first graders to "pay attention to what their mouth is doing" when they learn phonemes.

Your loquacious first grader will thrive if you talk and read with her as often as possible, since rapid brain growth in vocabulary, grammar, and pronunciation happens primarily before the age of 7. An Entropy article authored by Princeton researchers reports that 6-year-olds can comprehend 13,000 words because their cerebral cortex, with such strong circuitry, acquires language at the rate of 10 new words per day — which means a new word every 90 minutes! Six-year-old brains have developed interconnected "mental language maps" where they can quickly chart and categorize the meaning of words. To help their language skills develop, include them in adult conversations. This is also a prime time to introduce a second, or even third, language.

First graders need to feel relaxed and emotionally secure for their brains to learn best. Research indicates that traumatic stress and fear releases toxic levels of the hormone cortisol, which can destroy neurons in the hippocampus, a region that supports factual and episodic memory. To protect a first grader’s confidence, parents and other important adults should give loving, encouraging feedback, as well as minimize reprimands and threats, and avoid shouting and spanking for discipline. Express sympathy if they’re terrorized by nightmares or ashamed of bed-wetting. Many children continue enuresis until age seven or longer.

Patience, patience. Dramatic 6-year-olds can be exasperating, but imagine what they’re experiencing. In Your Child’s Growing Mind, by Jane M. Healy, Ph.D., she notes that, "Neuropsychologists talk about the ‘five-to-seven shift’ because so much change occurs in the brain during these years. One study found that a specific area involved with language and spatial awareness had changed 85 percent between ages 6 and 7 in one girl’s brain."

Tuning into the first grade brain

A 2009 Journal of Neuroscience article reports that when 31 6-year-olds received instrumental musical training for 15 months, the result was impressive changes in brain anatomy. For example, the auditory and cortical motor systems actually grew larger. So expose your child to music, and if she demonstrates an interest, by all means, get her an instrument. Play structured melodic music for your child and sing songs.

A first grader’s attention span ranges from six to 20 minutes, depending partly on gender. A report published in NeuroImage claims, "we found robust male/female differences in the shapes of the trajectories with total cerebral volume peaking at age 10.5 in females and 14.5 in males." This difference, says Leonard Sax. M.D., author of Boys Adrift, explains why 6-year-old boys can’t pay attention as long as 6-year-old girls. To bolster a boy’s concentration, encourage activities like meditation and board games, and limit TV and video watching. Studies indicate screens over-stimulate still-developing neurology, resulting in abbreviated attention. Why? Some researchers believe TV and video viewing wastefully releases high quantities of the neurotransmitter dopamine, a key regulator for focus.

Of brain and brawn

Try scheduling at least 30 minutes a day for your first grader to run and play outside. According to John Ratey MD, author of Spark, exercise elevates a chemical Ratey dubs "Miracle-Gro for the brain" because it builds the brain’s infrastructure. Aerobic sports programs like soccer, swimming, hockey and martial arts are outstanding brain-boosters. First graders thrive on physical challenges because their energetic, integrated sensory systems progress far quicker than adults. Abundant research reveals that students who exercise intensely perform better academically than those who do not.

Don’t expect 6-year-olds to open up easily and "share their feelings." When Harvard neuroscientists using MRI imaged activity in young children’s brains, they discovered that the cerebral cortex that does the talking is not yet connected to the amygdala, a subcortical, primitive area where emotion occurs.  That’s why it makes little sense to ask first-graders to tell you why they’re feeling sad. Quite often, they don’t know!

A balance of brain food

The Developing Brain: Birth to Age Eight, by Marilee Sprenger