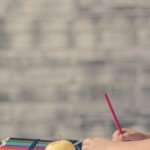 Lift up those proverbially dragging feet with these homework hints.

For Sarah San Juan, a 10-year-old at a popular K-8 public elementary school in San Francisco, fifth grade is swell — until the end of the day, when it’s homework time.

If only Sarah’s problem were school supplies. To hear the aspiring veterinarian describe it, she often feels unprepared. As a result, she frequently daydreams in class, unable to focus. Mostly the problem is math, though the fifth-grader struggles with more advanced books too.

Does she differ from the other kids in her class? “[Schoolwork] is easier for them because they’re smart,” Sarah says. “They raise their hands a lot in class, and I don’t.”

Sarah has taken diagnostic tests, but they didn’t indicate learning disabilities. Her mother concluded that the problem was developmental, so Sarah’s parents have enrolled her in both after-school tutoring twice a week and a before-school program four days a week. The extra tutoring has helped a bit, but problems persist, and both Sarah and her mother say conversations about homework can be tense.

“There have been tears. She gets quiet. She’ll go off by herself, maybe get into some kind of art project,” her mother says. For her part, Sarah says she gets nervous about being reprimanded. Still, she remembers a time when she didn’t struggle over schoolwork and speaks of it fondly.

“School was easier when I was little. We only learned adding and subtracting. I liked doing that then. Then we started doing multiplication in third grade,” Sarah says.

“It’s clear that the homework problem is just a presenting symptom,” says long-time homework researcher Dr. Harris Cooper, a professor and the chair of Duke University’s Psychology and Neuroscience Department. “It’s not the root cause. Homework’s where the school and the family intersect, the part where the parents become most clearly aware of the difficulties their daughter is having.”

Cooper says there’s no magic bullet in cases like this, but there are clear steps parents should take.

The parents’ behavior can be just as important as the child’s. While Sarah’s studying, Cooper says her mom and dad should be engaged in activities that won’t interfere — reading a book or balancing the checkbook, for example. What’s more, their emotional response is important.

“We have evidence that parents and children communicate emotions in the course of doing homework, so it’s really important to stay positive and relaxed,” Cooper explains. “Monitor the kid for frustration. Be a stage manager — make sure there’s a good place to study. Be a role model. Be a mentor when asked for help; offer guidance not solutions. Be a motivator — show them that it’s really important to succeed. And be on the same side as the teacher.”

Of course, if the child doesn’t understand the material, homework isn’t the issue, he adds.

“It might be necessary to have the teacher cut back a bit just to avoid the frustration. If she’s getting tutoring, it seems like she’s getting enough practice on math outside of class,” Cooper says. “It’s not uncommon that the amount is too much anyway. Relatively recently, a national survey done by the MetLife Foundation asked parents how much homework their child brings home each evening. One in five said too much. In most instances, the child will grow out of these difficulties.”

Even if Sarah is struggling more than some of her classmates, it’s also worth remembering that “procrastinitus” is a widespread disease. How common is it for children to drag their feet about doing things that make them uncomfortable?

“How common is it with adults?” he replies.