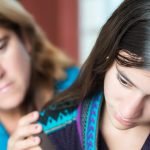 How can parents spot low self-esteem in their children?

An expert describes the signs and symptoms of low self-esteem in kids — and how to spot them in your child.

Given the many failure situations they’ve experienced, children and adolescents with learning difficulties often feel low self-esteem and a loss of confidence. In this article, Dr. Robert Brooks addresses the questions: What are the signs of low self-esteem? How hard is it to identify?

Since many youngsters with learning and attention difficulties are burdened by low self-esteem, it is important for parents, teachers, and other adults to be aware of the signs. An increased awareness allows us to have a greater understanding of children with learning differences and to assist them to become more confident and self-assured.

The signs of low self-esteem may vary considerably from one child to the next and even from one situation to the next. Children especially experience low self-esteem in situations in which they believe they are destined for failure. Thus, it is not unusual for youngsters with learning problems to feel most vulnerable in settings in which their learning difficulties are very obvious and exposed, such as in school. Not surprisingly, some of these children feel greater confidence when engaged in an activity in which they feel more proficient, for example, an adolescent boy with learning difficulties who feels “stupid” in school but very self-assured while working on the motor of his car. Unfortunately, for a number of youngsters, a sense of low self-esteem is so pervasive that there are few, if any, situations in which they feel competent.

How do we know when children suffer from low self-esteem? Sometimes the signs are very direct, while at other times the signs must be inferred from the behavior of the children and the ways in which they cope.

With some children and adolescents there is little doubt they are weighed down by low self-esteem. Their messages — “I am so stupid,” “I always do everything wrong,” “I will never learn” — capture their despair, sadness, lack of confidence, and loss of hope.

I met Matt when he was a young adolescent. He was diagnosed with learning and attention problems. He lacked confidence and manifested two other signs of low self-esteem, namely, he was depressed and entertained little hope for future success. He wrote a story about school that vividly and directly portrayed the despair and hopelessness of many children with learning problems. As one reads his poignant story, there is little doubt of his struggles with low self-esteem.

School has been and still is something I dread profusely. Going to school has been like climbing up a tremendous, rocky mountain with steep cliffs and jagged, slippery rocks. This mountain is very grey and always covered in dark, murky, cold clouds. I step forth to take on this task of climbing this huge mountain. Each step is a battle against strong, howling, icy winds. The winds contain frigid rain that slams against my body, trying to push me down. I keep battling my way up. Sometimes I am knocked down, and sometimes I have to stop to regain my strength. My body is numb. My hands shake like leaves in the wind as I claw myself up the mountainside. Not being able to open my eyes, I blindly claw myself up the steep cliff. I stop because I am in so such great pain. I look up and see that my struggle has hardly begun. Sometimes I just do not want to go on any further.

While some children are able to express their low self-esteem and feelings of sadness and depression directly, others are not. Many youngsters with learning problems believe their mistakes and failures are the product of factors that cannot be modified, such as a lack of ability or intelligence. When children believe that regardless of what they do, they will not succeed, they develop what psychologist Martin Seligman has termed “learned helplessness.” They basically perceive no light at the end of the tunnel; if anything, their vision is filled with images of continued failure.

These youth are in a terrible bind. They do not want to continue to fail and face further embarrassment, but they feel they cannot change the situation. Thus, their only recourse is to search for ways to avoid what they perceive to be further humiliation, and they begin to rely on different ways of coping. In many instances, low self-esteem can be inferred from the particular coping behaviors used by children in their struggles to manage pressure. One of my favorite ways to assess the self-esteem of children is to ask parents or teachers how the child responds to mistakes and failure. Observing the manner in which children deal with mistakes provides a great deal of information about their sense of self-worth and confidence.

It is important to emphasize that all children and adults use particular coping strategies to manage challenges and stresses. Children with high self-esteem tend to use coping behaviors that are adaptive and lead to mastery and growth. A child who is having difficulty with math requests extra help, a child who has trouble catching a baseball spends additional time with a coach practicing this skill, or a child experiencing peer problems makes a concerted effort to engage classmates in a more considerate, thoughtful way.

In contrast, youngsters with low self-esteem are likely to rely on coping behaviors that are self-defeating and represent a retreat from problems, only adding to the child’s plight. As we examine some of these ineffective coping strategies that reflect a child’s low sense of self-worth, it’s important to emphasize that all children may at times demonstrate one or more of these behaviors. Parents often ask me when the use of ineffective or self-defeating ways of coping signals serious problems. As a general guideline, the problem is more significant when the coping strategy has been used for some time, keeps the child from facing problems, and interferes with mastering the typical developmental demands of that age.

Thus, if parents report their child didn’t want to try out for Little League but was involved in other activities, or if a child became frustrated and quit doing a task one night but this was not his usual behavior, there is little reason for concern. However, if parents observe their child constantly backs away from challenges or blames others for failure and always appears depressed or angry, there is strong indication the child is struggling with feelings of low self-worth and is seeking to avoid the possibility of further humiliation. The more a child’s coping strategies exacerbate rather than improve the situation, the more they may be seen as self-defeating and indicative of low self-esteem.

: In my clinical practice, I have worked with many youngsters with learning problems who become intensely frustrated when they are unable to succeed at a particular task, prompting them to quit. When they quit, they often offer an excuse, such as the game is boring or the work is dumb.

: This coping behavior is closely related to quitting. The main difference is that in quitting the child has begun the task but gives up when failure looms large. In contrast, avoidance indicates the child has refused to engage in the task at all. Many children with learning problems demonstrate this behavior; they will not try out for a play or go out for a team or attempt to do an art project, believing in advance that they will embarrass themselves.

: Some children hide their lack of confidence by acting silly or clowning around. One perceptive mother, describing her son with learning problems, told me, “Whenever he begins to act silly, I know that he is feeling pressure. Acting silly keeps him from worrying about not succeeding, but it really doesn’t work very well.”

: Many youngsters with low self-esteem believe they have little control over their lives, prompting a sense of helplessness. In response, some of these children attempt to take command, becoming dictatorial as they tell others what to do. One child had a great deal of difficulty in his peer relations, always insisting his classmates play the games he wanted to play. Obviously, this way of coping backfired since no one wanted to interact with him.

Being aggressive and bullying

: Many children and adolescents resort to aggressive behavior as a way of fending off their own feelings of inadequacy and vulnerability. They are prone to seek out victims who demonstrate certain weaknesses. They engage in scapegoating so they do not have to face their own issues of low self-esteem.

: It is not unusual for children with low self-esteem to rely on denial as a way of managing the pain that might result if they were to acknowledge their insecurities. They may deny that they are worried about a school assignment, that they care about how things are going in their life, or that they did not do their homework.

: Although impulsivity is often a feature of a child’s temperament, it may also reflect a coping strategy. Many children with learning difficulties want to finish their work as quickly as possible “just to get it over with”  even if the final product is not very good.

The importance of replacing protective shields with something of value

I want to emphasize that even self-defeating coping behaviors were originally “recruited” by children in an attempt to manage stress and humiliation and to maintain a sense of dignity and self-esteem. These coping behaviors represent a protective shield to children, a shield that should not be removed lest these children feel increasingly exposed and vulnerable. The more vulnerable children feel, the greater their desperation in searching for new coping strategies; unfortunately, these new coping maneuvers may prove even more counterproductive than the original ones, so problems become intensified.

Our goal is to help these youngsters feel secure and confident so they can abandon self-defeating behaviors.