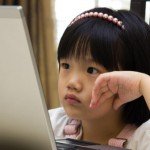 When you limit screen time, you give your child the gift of more time to read, engage in active play, and be a healthier child.

Is your child spending more time staring at a screen than playing? Kids 8 and under spend, on average, two hours and 19 minutes per day with some sort of screen (TV, tablet, smartphone, or video game), according to Common Sense Media’s 2017 study, The Common Sense Census: Media Use by Kids Age Zero to Eight 2017. And the older the child, the more they’re lured in by the glowing screen: children ages 8 to 12 spend, on average, nearly six hours per day watching TV, playing video games, instant messaging, and listening to music online — far more time than they spend with their parents or in the classroom, according to a 2015 report by Common Sense Media. While media exposure can be beneficial, research abounds on how much and what subject matter is appropriate for children.

Childhood obesity rates are high. The StateofObesity.org reports that as of 2016, 18.5 percent of children ages 2 to 19 in America are obese. That’s up from 16.7 percent in 2006. Experts say it’s because kids aren’t getting enough exercise and eating a healthy diet. Too much screen time — whether it be in front of a TV, computer, or video game — is part of the problem.

Children who spend too much time in front of the TV or computer have “little time for exercising their predispositions for fantasy, imagination, and creativity,” writes child development professor and best-selling author David Elkind in his book The Power of Play: How Spontaneous, Imaginative Activities Lead to Happier and Healthier Children.

Other critics note that it is very difficult to prove a direct cause-and-effect relationship between media exposure and emotional and behavioral problems. But savvy parents should certainly be on the lookout for signs of behavioral changes in their children and adjust media exposure accordingly.

With the array of media available for our kids today — and their amazing ability to watch TV, instant message, and listen to music all at the same time — what’s the best way to balance media exposure with other activities? How can you monitor what and how much your child consumes? Two organizations offer tools and reviews to help parents navigate the fast-moving media world.

“Media is a force for negative as well as positive,” says Peter Katz, director of marketing for the nonprofit, nonpartisan organization. “You wouldn’t let your child eat junk food 24 hours a day. Just as children need a moderate diet of food, so do they need a moderate media diet. Parents need to make informed decisions.”

The Parents’ Choice Foundation, the nation’s oldest nonprofit guide to children’s media, is another source of information for parents seeking guidance.

“Kids are tired of being told what they can’t do and what they can’t see. They want to know what they can do and see,” says Claire Green, president of the foundation. Parents’ Choice conducts an annual awards program and reviews books, toys, music, television, software, video games, websites, and magazines. “Parents have tough jobs,” Green says. “They must be cheerleaders and goalkeepers, fence builders, and fence menders. Parents must do their best to keep their children safe, keep them well, open their minds — and remember to shut the back door.”