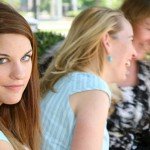 Sure, they make other parents feel left out. But the biggest surprise is the damage an exclusive group has on parents, kids, and an entire school community.

Almost 20 years later, it’s still a painful memory for Sandi Pilon. To hear her describe it, her daughter’s school sounds more like an exclusive club than a popular public elementary school – one known for its energetic parent body that raised tens of thousands of dollars every year and had helped transform the school into one of the most “it” schools in San Francisco — then in the process of expanding from an elementary to a K-8 school. Says Pilon: “I remember talking with another mom who also felt excluded, about how difficult it was to infiltrate the group. You’d go to a meeting and they’d ignore you.”

A mother who had previously worked full-time but now had a part-time job, Pilon was looking forward to having time to volunteer at the K-8 school where her daughter had just transferred in as a fifth grader. “I was naively excited to help out at her school,” says Pilon. “I knew that the more participatory a parent is, the better for the child.” But she quickly discovered a school culture where a tight-knit group of women – a can-do cabal of stay-at-home power moms – ran the show.

“They were pretty opinionated about the working women in the group. They had this opinion, ‘We know better.’” At meetings, says Pilon, “They’d be making arrangements to do something social [for the school]. I would offer to help and they’d say, ‘No, we’re fine.’ It was very subtly done, not mean, but very clear.” Except for the time she was “allowed” to help out at the school auction, she was otherwise politely dismissed from participating. “[The school] could have had a much bigger [parent teacher organization],” says Pilon. But probably like many others, she adds, “I gave up.”

Feeling excluded, giving up on a school

Pilon acknowledges that she’ll never know what was behind her sense of exclusion, but it hardly matters. Whether it’s a real snub or simply a misunderstanding, when a parent feels left out at their child’s school, it’s beyond dispiriting. Adolescent insecurities reawaken like a dormant virus. Suddenly school is a place where you feel obliged to interact with “friends” you no longer trust. Ultimately, if parents don’t feel they can form bonds with other parents, they’re likely to give up on the school itself. This can have long-lasting effects on a child’s school experience – social and academic.

According to Pilon, this is exactly what happened to her daughter. The girl  thrived academically, but suffered socially for four years. Pilon believes that her own unrelenting outsider status had a trickle-down effect on her daughter’s social situation that “took on a different tone because I couldn’t talk to the parents.”

Finally, at eighth grade graduation – an event organized by teachers and the familiar group of mover-and-shaker parents – awards were handed out to every single child in the graduating class — except Pilon’s daughter. An oversight, perhaps, but, says Pilon, one that had a lasting effect that her daughter took with her to high school, where she lost her drive for academic success. “That experience in middle school scarred her. Middle school is a tough, tough age. But I think if there had been a better parent dynamic, it might have helped mitigate that.”

Kathy (not her real name), endured similar outcast status for the 11 years her two now grown boys attended The Town School, a private K – 8 boys academy in San Francisco. She was at least 10 years younger than the other moms, working full-time, and Asian – all possible factors against her ever feeling welcome at an exclusive school where the majority of moms didn’t work and hailed from a rarefied socio-economic class. “It was an exclusion kind of meanness,” says Kathy. “It was constant, really grating. There were so many times when I’d walk down the hallway and say, ‘How are you?’ and they’d look up and say, ‘Oh…hi.’ Certainly, you know when there is distain in their voice, and the fact that they never acknowledged me.”

Even parents deeply integrated into a school community sometimes find that they are suddenly persona non grata once they no longer “fit in.” Many parents speak of being excluded by fellow parents because of their race, age, gender, work status, or some other aspect of their life that sets them apart from the school’s normative culture.

Nancy, the CEO of a branding firm in Long Beach, CA who also requested her last name not be used, had been friends with the same group of mothers since their daughters started elementary school. After she got a divorce when her daughter was in junior high, Nancy realized she was no longer being invited to gatherings. “I was a victim of cliques in junior high and high school and have some old wounds,” Nancy recalls. “What I started to realize was that a combination of me being a career woman, plus single and available, was two strikes against me in terms of getting in with this group of women.”

Nancy says the real trial began when the moms’ collective cold shoulder meant her daughter was being left out in the cold. Nancy had made the assumption that, as they had in elementary and middle school, the moms would be carpooling their daughters to the same magnet high school across town. The girls, all close friends, would be starting school together early at 6:50 AM for a special music program – yet another reason to take turns making the half hour drive. When Nancy discovered they hadn’t invited her to join the carpool, she confronted them. “I said I’d really like [my daughter] to be in the carpool with her friends,” said Nancy. “I didn’t let it drop. I felt I was fighting on behalf of my daughter’s welfare.”

One of the women with whom she was on friendlier terms apologized but insisted, “It’s too complicated” to include Nancy’s daughter now that she was going back and forth between two houses — an inconvenience that Nancy insists could have been easily solved. But the other moms remained resolute.

“It killed me that I was never able to make anything happen,” said Nancy. “We’d pass them on the road and arrive at the same time. It made my heart hurt for my daughter.” The social snubbing continued throughout high school, ending with an experience that echoed Pilon’s: when her daughter received one of the highest honors at the end of high school, none of the parents – once her old friends – said a word of congratulations to her daughter. If she hadn’t known it before, it was clear: her support system, on which so many parents rely, had long since deserted her.

While some purposefully leave other parents out – resuming their “mean girl” Heather roles as if they’ve never grown up – the reality is that school communities are natural hotbeds of misinterpretations and misteps. Parents who devote dozens of volunteer hours at their children’s school naturally get to know one another. That this leads them to socialize more personally with one another isn’t suprising.

“In my opinion, nearly all the time these things are unintentional,” says Tim Sullivan, founder of PTO Today. “Very likely, they aren’t even aware of leaving anyone out. You naturally circle with the people you know. The new person knows nobody and she walks in. How does she feel? The old-timers aren’t trying to make her feel unwelcome.”

But even the perception of parent cliques, says Sullivan, can be the single biggest problem PTOs face. “When you ask non-involved parents why they’re not involved, the most common reason we hear is, ‘Those moms, that insider group, they don’t want our help, we’re not welcome.’ “

A school community that doesn’t make all the parents feel welcome can also affect the very success of a school. After all, Sullivan points out, parent participation is one of the biggest predictors of a school’s success. Sullivan regularly counsels PTO members to be diligent about making new parents – or anyone who isn’t sitting at the classroom picnic table – feel welcome, to reach out and be a grown-up.

Bad for the children they’re trying to help

Because in the end, what’s most irksome about parent cliques is that they’re bad for the very children those passionately involved parents are trying to help. Not only does it discourage outsider parents from donating time, energy, and money to the school, it fails to teach kids important social and emotional skills.

Pilon — who in hindsight says she wishes she’d approached the administration about dismantling this exclusive parental hierarchy — couldn’t agree more. Had parents behaved more kindly towards one another and consciously brought outsiders into their fold, she says, the school would have been far more successful in making the leap from an elementary to a K-8 school, when it suddenly had to deal with bullying and falling test scores. “But the structure wasn’t in place and the behavior wasn’t being modeled by parents,” says Pilon. “Why would kids behave well if the parents aren’t modeling that?”