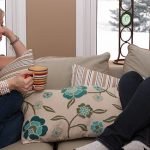 House rules on drugs and alcohol

When do parents start talking about it, and what are their rules? Are drunk pickups, no questions asked, a good idea? See how these parents handle tough scenarios.

Barbara, a San Francisco mother of two, first started talking about drugs with her son early. When her son was in sixth grade, a recovering addict had visited the boy’s classroom and made a big impression.

“My son came home, wide-eyed, telling these stories about how even marijuana is bad — retelling the man’s story about a friend smoking a joint and shooting himself in the head,” she says. “The messages were very black and white.”

Her fear? Letting her son believe the alcohol-and-drugs-are-all-bad message would lead to a loss of parental trust when he saw academically successful kids drinking and smoking marijuana at parties in high school. Over the years, Barbara (whose name has been changed at her request) spoke openly with her son about drugs, but it wasn’t until she was dropping him off at a party in his junior year, that she realized he needed more than one of those “someday in the future” discussions. When asked if kids were doing drugs and alcohol at a previous party, her son surprised her by admitting they were.

“I had less than five minutes in the car with him alone, and I wanted to get a couple of messages across,” she recalls. She told him how to drink if he was going to drink, how to be safe, not get sick, and to never get in a person’s car if they’d been drinking. She told him: “With beer or wine, when you feel a little tipsy or out of control, you can stop and that feeling will go away. But if it’s hard alcohol, by the time you feel any effects, it’s too late, and it can be very dangerous.” If anyone passed out she urged him to call for help.

“I told him that if he called us, he wouldn’t get in trouble. We’d rather he call and be safe than otherwise.” On smoking marijuana, she informed him that “there’s no known lethal dose of marijuana,” she says. “I didn’t want to say, ‘I prefer you smoke than drink,’ but I did say there’s no way to kill yourself smoking weed, but there is a way drinking alcohol.”

Experts all agree that talking about drugs and alcohol use with kids is an essential preventative medicine in warding off your child’s forays into risky substance abuse. And part of that talk must include the scary facts: Certain activities can lead to death. Others can lead to prison. And maybe least understood, alcohol and drugs both do damage to developing brains (which continues up to age 25!) and increase mental health risks, such as depression and schizophrenia. But when push comes to shove, aside from laying out the rules and the risks, how do you do it, and what do you say?

It’s far easier to prescribe “best practices” for such conversations (and for dealing with the aftermath) than to deal with the three-dimensional reality — answering your child’s difficult questions and setting down rules in the real world. Barbara’s forget-about-perfection, safety-first message may sound like a tacit acceptance of dangerous and illegal behavior, but experts suggest that keeping lines of communication open is often the difference between risky behavior (smoking pot) and life-threatening behavior (getting in a car with a drunk driver).

“Often we’re afraid of the power of suggestion,” says John Duffy, a Chicago-area psychologist who works with teenagers and their parents, and the author of The Available Parent: Radical Optimism for Raising Teens and Tweens. He observes that parents fear that even talking about alcohol and drug use will start your otherwise innocent child thinking the behavior is normal. Duffy doesn’t buy it: “I don’t think that’s part of the problem; I think not talking about it is part of the problem,” he says.

Not every parent chooses Barbara’s approach. Iowa-based mother-of-three Norma D. says she and her husband took a different approach to the questions of alcohol and drugs. The family knew two people whose lives had been destroyed by drug addiction and alcoholism. Norma’s children had witnessed the job losses, health issues, financial trouble, and losses of dignity that go along with addiction. “I think it said to our kids: this is real.”

“We try to focus on the positive rather than focus on the negative,” she explains, adding that they left explicit discussions of drugs and alcohol mostly to the school. Instead they emphasized their children’s power as decision makers. “Around middle school we (told the kids) that they have choices,” she said. “And the effects of their choices would hurt them far more than they would hurt us. It would hurt others, but it would hurt their bodies, be their loss. (We wanted) to give them that sense of responsibility.”

They also attempted to offer role models for clean fun. “They can see our example,” she says. “We can have normal family fun without drugs and alcohol. My husband is a blue collar worker, and frankly, we don’t have the money to spend on it — and we have a lot of fun without it.” Between keeping the kids busy with arts, music, part-time jobs, and faith-based church groups, her children “see that there are better — positive — things to do.”

“Abstinence just means that it’s going to happen later, not under your umbrella. I’d rather be there to navigate the consequences,” says San Francisco father of two Josh H., who shares Barbara’s safety-first stance on drinking and drugs. He laid down some rules for his teenage son — especially when it comes to smoking pot – including guidelines about how much it’s okay to have (only one joint) and that it’s not acceptable in their house.

Over the years, he’s come to apply certain rules to himself as well. One is to always pick his kids up from parties. “If you make the effort to pick them up,” he says, “they will have to be a lot more sober, and you have time to talk to them in the car.” Another is using a “safe phrase” which his kids can use over the phone to convey that they want an immediate, SOS pick up.

Josh’s most effective tactic echoes Norma’s strategy: Keeping his kids — especially his son — busy, busy, busy. “Overschedule the hell out of them,” he recommends, adding that his son divides his time between AP classes, community service, being a wilderness first responder, Outward Bound, and he had a year-long internship at the Yerba Buena Center for the Arts.

There’s no perfect cocktail for insulating kids from risky behavior, but some experts suggest parents need to do a better job of making sure kids understand what’s involved, including everything from the merits of moderation (with alcohol) to life-and-death risks. Jim Matthews, M.Ed., author of Parent’s Guide to College Drinking, and father of two recalls treating a female college student sent to the hospital for alcohol poisoning.

“I asked how much she drank and she said seven shots (all vodka)— all 110 pounds of her,” he says. “It was her first year in college. I asked what proof vodka and got a blank look,” he recalls. “I explained amounts, ounces. She said they were using those “red cups.” I said, ‘You don’t know what you drank, nor how much you drank.’”

Just another coed who’s never been schooled in the toxins of intoxication? Not exactly. The young woman had been the president of the M.A.D.D. group at her high school. She might have learned never to drink and drive. But the problem, Matthews stresses, was that the student didn’t know how to drink. Research shows a majority of high school students don’t know you can die of alcohol poisoning. So where do young folks learn how to drink? From other teens, who don’t have accurate information either, he says.

Matthews advocates for honest conversations at home — and often. He says we need to teach kids about safe amounts. “The mistake many [kids] make is if we drink to a .05, it feels pretty good. … But if .05 feels good, [we assume] .1 must be twice as good, and .2 must be ecstatic. But it’s a matter of staying down at that .05 level,” he says, and never getting drunk.

Matthews also advocates frank discussions about a family history of alcoholism, having let his own his kids know they’re at risk. “I’m real about it,” he says. “I want them to understand that there’s a place for alcohol in society. We don’t say here’s your license, go drive. We teach them.” That’s what we should do with alcohol, too, he says.

All of these parents are cautiously optimistic that their approaches worked. For Barbara, the proof was senior year when her son — now in college — called her for help when a friend was vomiting from drinking. Norma and Josh still have teens at home, but they both say their kids are thriving. Despite their hugely different approaches, these parents share a core commonality. All have attempted to do what psychologist Duffy says really matters: they make sure their kids know their parents are truly available when things get tough.