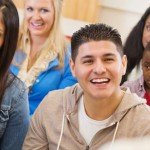 Parents aren't just sitting on the sidelines anymore. They're actively involved in schools, and it's paying off in surprising ways.

Schools across the nation are discovering a powerful force for school improvement: parents.

Parents aren’t just volunteering to help with teacher luncheons and fund-raising campaigns; they’re helping to raise the academic achievement level of children at their schools. An added bonus is that children of involved parents tend to do better in school.

How big a difference can parents make in schools? Here are some examples:

• Padres con Poder (Parents With Power) recently received an “Exemplary Program Award” from the Santa Clara County (California) School Boards Association for increasing involvement by Spanish-speaking parents in their children’s education. In the Luther Burbank School District, where 75 percent of students are Latino, the number of Spanish-speaking honor roll students shot up, discipline referrals dropped from 735 to 107 per year, and the district exceeded its state target of 14 points on the Academic Performance Index by 66 points.
• At Ysleta Elementary School in El Paso, Texas, parents became alarmed when only one in five students passed the state achievement test. Now parents sit on the school’s learning standards committees and ask hard questions. One parent, Barbara Silva, said that with her new understanding of the school’s academic goals, “I can push my son to a higher level. He was kind of low; now he gets A’s and B’s.”
• In Jefferson Davis County, Mississippi, Parents for Public Schools took advantage of a little-known district policy that permits parents to visit classrooms, and they documented their observations. “We were instrumental in keeping an eye on what was happening in the classroom and in getting administrators not to renew some ineffective teachers,” said Clara Hall, chapter president.

Tapping new sources of data and federal funding earmarked for parent involvement, community groups of all stripes are organizing efforts for education reform.  The Charles Stewart Mott Foundation has been a major funder in the government’s 21st Century Community Learning Center initiative. It is the largest after-school grant program in U.S. history, serving nearly 1.7 million children in more than 11,000 schools as of 2015. Parent involvement is required for Learning Center funding.

Parent involvement takes many forms. The Parent Institute for Quality Education (PIQE) has taught more than 600,000 low- income, culturally diverse parents in California how to navigate the school system and keep their children on track. “We are not asking parents to go in and tell teachers and counselors how to do their job. We emphasize that parents should go to school monthly and work with the teacher to design a plan for their child,” explained David Valladolid, president and CEO.

At the other extreme is the Governor’s Commonwealth Institute for Parent Leadership (GCIPL), which trains parents to push schools to higher levels of achievement by all students. More than 2,200 parents in Kentucky (plus more in 10 other states plus Washington, D.C.) have completed its six-day parent training course, which teaches them how to interpret school data, understand learning standards and initiate school improvement projects. Graduates work with a coach for 18 months following the training.

This army of parents trained by GCIPL has championed many projects, including “Science Wizards” family events that caused one school’s science scores to rise 14 points on state tests, a booklet that demystifies special education regulations, and workshops that improved students’ writing.

On a smaller scale, some groups bridge the extremes. Innovate Public Schools, focuses on the San Francisco Bay Area and microfocuses on the Silicon Valley because of the extreme disparity among schools and communities so close together. Innovate supports parents in building organizations in their communities that can successfully push for better schools and hold the system accountable to the needs of their children.

The organization also regularly publishes easy-to-understand data and reports to inform parents. In turn parent leaders can use the information to push for change in their education communities.

“For parents who are already frustrated with the quality of their child’s school, the data serves to embolden them as they raise their voice to push for urgent change,” says Matt Hammer, founder and CEO of Innovate Public Schools. “Other parents are surprised at the low quality of school options in their area. Seeing that there are much better schools not very far away often start them on a path to taking action for their own children, their school, and community.”

(Full disclosure: In 2015, Innovate partnered with GreatSchools to create tools that it now uses in parent meetings and walking parents through college-readiness.)

How children and schools benefit

Parent involvement definitely pays off for the children of those who get involved. In A New Wave of Evidence, a review of 51 studies published between 1995 and 2002, Anne T. Henderson and Karen L. Mapp found that students with involved parents are more likely to:

• A long-term study completed in 2001 by Westat and Policy Studies Associates of 71 high-poverty schools in seven states showed that students’ test scores rose 40 percent from third grade to fifth grade in schools where teachers reported high levels of parent outreach.
• The children of parents who participated in an interactive homework program developed by Johns Hopkins University in 1997 had higher writing scores and better grades in language arts. Approximately 700 sixth and eighth graders and their families took part in the study.
• In 1998 Ann Shaver and Richard Walls studied 335 low-income students in nine schools in a West Virginia district and found that students with highly involved parents were more likely to show gains in both reading and math scores than children with less involved parents. These increases held across all income and education levels.

Convincing parents to get involved

Once parents understand the positive benefits of participation, GCIPL teaches them how to decipher their school’s data to get a realistic picture of school performance. Examining indicators such as test scores, graduation rates and teacher experience levels helps counter the natural tendency of parents to overestimate the quality of the education their children are receiving.

GCIPL convinces parents of the need for schoolwide improvement by showing parents how many students at their school failed to demonstrate rudimentary skills on a standardized test, such as how many fourth graders at their school couldn’t figure out the area of a rectangle — information that is available from National Assessment of Educational Progress’s Nation’s Report Card or their state department of education. When parents realize how poorly students are performing, there’s often an audible gasp in the room.

Convincing administrators of the need for school improvement is another challenge, particularly those who feel that they’re under siege because of budget cuts and expanded standardized testing requirements. John Murphy, former superintendent of the Charlotte Mecklenburg District in North Carolina observed, “School systems, just like most large organizations, don’t change because they see the light. They change because they feel the heat.”

GCIPL suggests that PTAs invite parents and teachers to a three-hour session (with food and child care available) to discuss goals for their children and ideas on how to achieve them. Ideally, an impartial facilitator runs the meeting. The principal is usually asked to leave the room during brainstorming so participants feel free to speak frankly.

Not all principals welcome parent participation. “I got booted out of my school,” said Deborah Stallworth, a GCIPL graduate who later organized a lecture series for parents about the achievement gap at the main library in Louisville, Kentucky.

On the other hand, Cassidy Elementary School in Lexington, Kentucky, recently became the first school in Kentucky to receive a “Certification of Excellence” for parent involvement from the National PTA. Principal Richard Day explained, “I use parent involvement to promote excellence in the school. If you’ve got a lot of parents involved in the school, if they are knowledgeable about what you’re trying to do, then you’ve got better reporters on what’s going on in the school. Teachers know they have to be on the ball. I don’t shield teachers from parents and I don’t shield parents from teachers.”

If enough parents indicate interest in school improvement, administrators are usually willing to listen. GCIPL parent trainers like to use this example, called “Collaboration Counts”:

Colleges that train teachers are beginning to wake up to the need to incorporate parent involvement in their courses and may invite participation by local parents. Joyce Epstein, a professor at Johns Hopkins University who serves as director of the Center on School, Family and Community Partnerships, said deans and chairs of departments of schools that grant education degrees were “brutally honest” in admitting during a 2001 survey that their graduates were not prepared to invite parent involvement in schools.

A recent poll of 161 institutions found that one-third of graduates receiving advanced degrees in education had written their master’s or doctoral thesis on the topic of parent or community involvement. “Professors are becoming more aware of the need for training in this area,” said Epstein.

She is working with schools, districts and state departments of education to build programs that foster partnerships between schools, families and communities. Her National Network of Partnership Schools currently has 900 schools and 100 school district members, along with some PTAs and the National PTA.

Epstein wants all children to benefit from parent involvement. “It’s a question of equity,” she said. “Studies show that students who have families that are involved tend to do better in many ways, including achievement, aspirations and postsecondary plans. That’s been the case with individual parents who have made it their choice to be involved. What we’re trying to do is make that process more inclusive — to take responsibility for conducting programs that will inform and involve parents of all economic, ethnic, racial and cultural groups, in all parts of the country and in all school levels: elementary, middle and high school.”