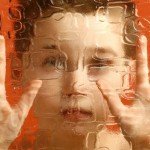 Searching for the miracle

Parents, in a desperate quest to fix what they've been told is broken in their children, are willing to try (or pay) anything to help their kids.

Laura Shumaker was struggling with her son’s autism diagnosis back in 1993 when she saw an Oprah episode in which a parent announced that her child had been cured of autism by using a “listening program.”

“I thought, ‘Oh, that’s it — he’s just sensitive to sound,’” Shumaker said. Her son’s therapist recommended against the treatment, which had no research to back it.

“But Peter and I were already carried away by the wave of information we had gathered on auditory training…. What if Matthew’s autism was caused by hypersensitivity to sound, and what if this one treatment improved his life forever? And how guilty would we feel if someday, some specialist said, ‘If only he’d had auditory training when he was six,’” Shumaker wrote in her 2008 memoir, A Regular Guy: Growing Up With Autism.

That search for the one thing that might “flip the switch” for a child with autism — or other conditions such as attention-deficit/hyperactivity disorder (ADHD) or learning disabilities like dyslexia — drives parents to explore, research, experiment, and buy countless remedies in the hopes that something will cure their child.

Shumaker and her husband shelled out $3,000 for the auditory treatment, on top of what they were already spending on speech therapy and a psychologist, but they figured it was a good investment. “We thought it would cure him,” she said in an interview with GreatSchools.

And that’s the key to why parents are vulnerable to such claims. What parent wouldn’t do whatever she could to end her child’s problems? And how would she feel if maybe, just maybe, that one thing would make a difference?

Though there is no cure for autism, the claims continue. A Google search on “autism cures” turns up almost 25 million hits.

“The problem with scams is that they offer parents their wildest dreams about having a child who is ‘normal,’” says Rory Stern, the publisher of ADHD Family Online. “Everyone is looking for a quick fix.”

Ultimately, when the “listening therapy” didn’t work for Matthew, Shumaker was able to come to terms with the fact that his autism was a lifelong issue. “I got a grip,” she said. Even so, in the years since, Shumaker and her husband have tried vitamins, therapy, and medication to help their son.

“It’s your job as a parent to do everything you can,” she said. “If you don’t, you feel guilty.”

Various treatments for autism have made national news (chelation, gluten-free diets, hyperbaric chambers, and more), but it’s not just autism that attracts claims of miracle cures. Over the years there have been many programs that trumpet miraculous results for children with AD/HD, Down syndrome, and dyslexia.

Reading between the lines

But anyone who promises a cure for dyslexia is “misguided,” said Elizabeth Ditz, a parent who has tracked and commented on dozens of so-called miracle cures on her blog, I Speak of Dreams. Or “they’re lying through their teeth,” she added with a laugh.

Ditz’s daughter, now 20, was diagnosed with dyslexia when she was in second grade. A self-described “information nerd,” Ditz read everything she could get her hands on concerning the reading disability. Armed with the knowledge of what dyslexia is, she said her “BS meter” went off frequently when she read about assorted claims of cures.

When Ditz went to a presentation about a weeklong intensive program near her home in northern California, those alarms were ringing madly. “He was marketing a program where after a week it was: ‘kid fixed, problem solved,’” she said. And a claim like that, backed by parent testimonials but no scientific studies, is hard to resist. The problem is, according to Ditz, “it’s a lot of time, a lot of money, and it doesn’t work.”

Ultimately, Ditz and her husband sent their daughter to a school that used an Orton-Gillingham approach. Her daughter is now in her second year of college.

Ditz doesn’t discount that any number of interventions might help a child with a learning disability, but there is no one thing that will take away the diagnosis. “With an LD, there is natural improvement,” she said. “I’m not sure what causes the improvement. It could be the focused attention; it could be a natural maturation.”

Looking for the quick fix

Rory Stern, who works with kids with AD/HD and their parents, thinks that the cure claims are able to flourish because there is a basic lack of education about what these learning difficulties are.

“We are a weakness-based society,” he said. “We look for what’s wrong, so parents get the idea that ‘my child is broken, and I need to fix him.’”

He encourages parents to tune out all the “noise” about their child’s diagnosis and to focus on his or her specific needs. Then find a specialist in that area to help guide them.

When families come to him saying they want to try some new therapy or supplement, Stern gets them to focus on their goal — and set realistic expectations for any treatment.

Ultimately, while many therapies, medication, and even supplements might help a child with a disability, that child still needs to work on basic skills related to his or her disability, Stern points out. No vitamin in the world is going to teach a kid to read.