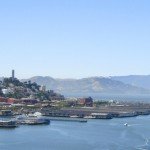 Instead of being kicked out for fighting, stealing, talking back or other disruptive behavior, public school students in San Francisco are being asked to listen to each other, write letters of apology, work out solutions with the help of parents and educators or engage in community service. All these practices fall under the umbrella of “restorative justice” — asking wrongdoers to make amends before resorting to punishment.

The program launched in 2009 when the Board of Education asked schools to find alternatives to suspension and expulsion. In the previous seven years, suspensions in San Francisco spiked by 152 percent, to a total of 4,341 — mostly African Americans, who despite being one-tenth of the district made up half of suspensions and more than half of expulsions. This disparity fed larger social inequalities: two decades of national studies have found that expelled or suspended students are vastly more likely to drop out of school or end up in jail than those who face other kinds of consequences for their actions.

“My first act as a school board member was to push a student out of his school,” recalled Jane Kim, a former community organizer who as a member of Board of Education needed to approve all expulsions.

“That’s not what I expected to do,” she said, especially when it seemed to exacerbate the social inequalities she had pledged to fight in her position. Board colleague Sandra Lee Fewer said, “Sixty percent of inmates in the San Francisco county jail have been students in the San Francisco public school system, and the majority of them are people of color. We just knew we had to somehow stop this schoolhouse-to-jailhouse pipeline.”

Fewer and Kim, along with colleague Kim–Shree Maufas, led the three-year process for the board to officially adopt restorative justice. Though the task force charged with implementing the policy received only modest funding, expulsions have fallen 28 percent since its inception. Less serious cases have shown even more success. Non-mandatory referrals for expulsion (those not involving drugs, violence or sexual assault) have plunged 60 percent, and suspensions are down by 35 percent.

Board members and many educators say restorative practices have kept students in school and out of the criminal justice system. “We’re holding kids more accountable than we did before,” said Kim, who now serves on the city’s Board of Supervisors. “In restorative justice, you have to actually have the offender and the victim sit down and discuss what happened and how the offender can make it better.”

But the data — along with interviews with parents, students and educators — reveal that progress so far is halting and uneven. Critics say that’s because the transition from punitive to restorative justice is underfunded and haphazardly evaluated. Suspensions and expulsions are actually rising in some schools that have yet to embrace restorative practices, often in low-income, high-crime neighborhoods. At one, Thurgood Marshall High School, suspensions have almost tripled since 2007. The resulting picture is a school-by-school patchwork, at best an unfinished project to reform the traditional juvenile discipline paradigm.

“In the past, we defaulted to the most expedient thing,” said Kevin Kerr, principal of Balboa High School in San Francisco. “Student behavior is incorrect, student gets suspended — not really fully thinking through the process and asking whether this is a good educational decision for this particular student.”

The tide began to turn in 2009, the same year Kerr took over as Balboa’s principal. That is when the San Francisco Board of Education dissolved the district’s discipline task force and created a new task force charged with implementing restorative justice.

“The biggest question anyone can ask in public education is, ‘Why? Why do you keep doing that?’” Kerr said. At Balboa, the policy change triggered an intense school-wide discussion among staff about how to deal with student misbehavior. Within two years, the school cut expulsions and suspensions in half as it turned from punishing misbehavior to embracing restorative practices.

Though he faces severe budget constraints and rising academic demands, Kerr concluded that restorative justice “may solve all the other problems, by creating a disciplinary policy where students feel that they always have a voice in the process, whether they committed a crime or were the victim of a crime.”

His faith in the new approach is based in part on the results documented in a growing number of school districts across the country. In 1994 the Minnesota Department of Education was the first to embrace restorative justice. At least two rigorous evaluations — one published by the department in 2001, and another this year at the University of Minnesota — found that these practices increased both the safety and academic performance of schools.