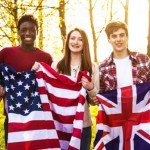 Your teenager can strengthen her Spanish in Spain or help rural villagers plant community gardens in Mexico this summer.

“It’s pretty incredible what they let us do,” he says of his summer as a volunteer for Amigos de las Américas, a nonprofit that trains high school and college-age students to serve as public health volunteers in Latin America. “I didn’t really know what to expect, but I don’t think I could have had a better experience.”

Crohn, now a college student at UCLA, was one of thousands of teenagers around the nation who go abroad every summer as students or volunteers. They and their anxious parents have a bewildering number of programs from which to choose.

Assessing whether your teenager is mature enough to go abroad, finding the right match for his interests, evaluating the programs, and figuring out how to finance the trip can be a daunting exercise for any parent.

Whether the goal is to study, experience life in a new land, or do community service, students who travel get a chance to expand their world. They often gain new appreciation for all those grammar drills in Spanish class — or they figure out how much they still have to learn.

“I’ve had Spanish forever,” says Jonah Most, 16, a student at a San Francisco high school who spent five weeks in an international program in Mexico before his junior year. “I realized the Spanish I take in class was a whole different language than what they speak.”

Students gain skills in handling unfamiliar situations, a dress rehearsal for those planning to go away to college. Their experiences have been fodder for many a college admissions essay.

But as a parent, you shouldn’t assume that sending your teenager to Costa Rica is going to be his ticket to a prestigious college. While many programs say in their promotional material that participation gives students an edge in the application process, it’s important for parents to realize that college admissions officers can tell the difference between an applicant whose parents wrote a $5,000 check for a trip abroad and a passionate young environmentalist who worked to plan and pay for a summer quest to save the sea turtles.

Is your teen ready?

Study or service learning trips are not for every teen. While a number of programs don’t require foreign language skills and none requires straight A’s, your son or daughter should have the ability — and desire — to live independently and handle unexpected situations.

Amigos, which is accredited by the Council on Standards of International Educational Travel, puts prospective volunteers through a screening and training process in the months before they leave. It also requires them to participate in fundraising projects to “develop a sense of buy-in,” says Glenn Bayron, the organization’s director of volunteer administration.

The ideal Amigos volunteer has “strong Spanish, an interest in doing community service, and doesn’t mind roughing it,” says Bayron.

On his Amigos trip, Crohn was working with just two partners in an isolated village. A program supervisor visited every week to check to see that things were going well with his host family, his fellow volunteers, and the villagers and helped resolve any problems.

“This was the best program for me, but it’s definitely not for everyone,” he says. “It was pretty lonely. It’s not about going down there with 30 American kids and pretending to feel uncomfortable.”

Many study abroad programs are considerably less challenging than Amigos.

As a high school student, Lana Tilley, now a junior at Bowdoin College in Maine, went to Mexico as part of a two-week program to improve her Spanish. She was assigned to live with six other international students at the home of a Cuernavaca woman whose own children had grown. In the mornings, she attended a language institute where the class size was no more than four. In the afternoons, she did homework or went on sightseeing trips organized by the program’s leaders.

“It was a really good, easy way to go to another country,” says Tilley, who liked the family so much she requested the same one on her second trip. “It was a first step to being independent.”

The cost of going abroad can run into several thousands of dollars, and shorter trips are not necessarily cheaper. It’s important for parents to find out what the program’s fee covers. You’ll need to make sure you account for airfare, room and board, local transportation, and recreational trips outside the classroom. And don’t forget to figure in the cost of immunizations and health care. Check to see what overseas services your health insurance covers; you might find you need to consider a supplemental policy.

Some programs, such as Amigos, help students raise money. Crohn says his group raised two-thirds of the cost of their $3,500 trip by selling grapefruit to friends, classmates, and neighbors. But raising the money was time-consuming for the students doing the selling and for the parents enlisted to deliver the grapefruit.

Many programs offer scholarships, so be sure to ask about them.

A good place to start looking for an international travel program is the Council on Standards of International Educational Travel, a long-established independent nonprofit based in Alexandria, VA, that promotes, sets standards for, and evaluates student exchange programs. The council accredits programs that send U.S. students abroad and those that send foreign students here.

A program can still be a good one even if it’s not on the accredited list, says the council’s former executive director, John Hishmeh. But accreditation gives parents the assurance that a program has agreed to follow standards for safety, educational value, student selection, placement, and financial responsibility.

Which doesn’t mean that things will go perfectly.

“Standards aren’t created with the premise that nothing’s going to go wrong,” Hishmeh says. “They tell you what is reasonable to expect.”

That means families need to ask lots of questions before signing a contract or sending a deposit to an international program. For a list of questions to ask, read Choosing a teen travel program.

An alternative for armchair travelers

Leaving home isn’t the only way for your teenager to get a global perspective, practice a foreign language, or make friends from another country. Hishmeh says student exchange organizations are always looking for U.S. families to host foreign students. Inviting a foreign student into your home can be a rich experience for the whole family. And it might whet your teenager’s appetite to travel next year.