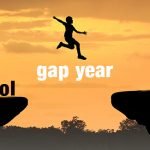 Gap years have long been popular in Europe and Australia. Now, a small but growing group of U.S. teens and their parents are jumping aboard the gap year trend.

When Hillary Billings’ oldest son, Ted, was accepted at New York University (NYU), she was proud — but concerned. “We felt he needed another year to mature,” Billings says. Before her son was “thrown into the deep end in the Big Apple,” she wanted him to take a gap year to mature a little so he’d be ready for the urban living, social life, and academics at NYU.

Billings is not alone. Across the country, a small but growing group of teens and their parents are jumping aboard the gap year trend. Although the term has been adapted colloquially to refer to any time off after high school, technically, a gap year is when students who’ve been admitted to college formally request to delay their start date for a year to travel, work, or volunteer.

Some gap years are driven by teens, of course, but many parents like the idea of giving their teen an extra year to mature before going off to college. It’s reminiscent of a choice many parents agonize over when their kids are young: whether or not to delay kindergarten by a year, known as redshirting kindergarten. The idea, popularized by Malcolm Gladwell’s 2008 bestseller Outliers: the Story of Success, is to give 5-year-olds an extra year to catch up to (or get a leg up on) their peers socially, emotionally, and cognitively. Citing evidence from a 2000 study, Gladwell asserts that less mature students can get locked into “patterns of… underachievement… and discouragement, that stretch on and on for years.” Now, parents of some high school graduates are evaluating their 18- and 19-year-old kids’ relative maturity levels as a precursor to moving on to the next step. Why risk calamity by enrolling your teenager in college too early, if they’re not yet fully up to the challenge?

Gap years have long been popular in Europe and Australia. The concept originated in the grand tours enjoyed by aristocratic youth in the late 17th, 18th, and early 19th centuries, writes Joseph O’Shea in Gap Year: How Delaying College Changes People in Ways the World Needs. Upper-class vagabonds traversed the continent and exotic corners of the British Empire, familiarizing themselves with foreign flavors, curious customs, and opposing perspectives. In the 1970s, soul-searching backpackers put their twist on the tradition, which continues today. Due to economic conditions in 2012, only 12.5 percent of UK students took a gap year — it was the lowest number in a decade. In Australia, nearly a quarter of all students take gap years. In the U.S., though, the numbers are much smaller: an estimated 1.2 to 2 percent of students take a gap year. Recent data suggests that despite the small numbers, it’s a giant uptick that’s likely to continue after the pandemic ends. According to a survey by the American Gap Association, the number of attendees at USA Gap Year Fairs rose 294 percent from 2010 to 2014. Former gap year nonprofit Thinking Beyond Borders claimed that in the five years before the pandemic there was, “a doubling in the market… an explosion.”

Celebrity endorsers and media coverage help fuel the trend. Malia Obama’s gap year, before starting Harvard in fall 2017, is an internship at the U.S. Embassy in Spain. Benedict Cumberbatch spent his teaching English at a Tibetan Buddhist monastery, and Prince Harry helped build a clinic in Lesotho, Africa. New York Times columnist and best-selling author Nicholas Kristof has, for years, been urging youngsters to take gap time, proclaiming: “The bottom line is that you’ll almost certainly learn more from a gap year than you will in any single year in college.”

Elite universities are also stoking the fire. For the past 30 years, Harvard University has encouraged students to take the year “to travel, pursue a special project or activity, work, or spend time in another meaningful way.” Robert S. Clagett, former Senior Admission Officer at Harvard, helped establish Middlebury College’s February-start program while he was the Dean of Admission there. Matt McGann, Director of Admissions at Massachusetts Institute of Technology, tells applicants “My hope is that you will at least consider, just for a moment, taking a gap year.” According to Mike Devlin, Stanford University’s Acting Director of Admission, “Stanford believes a gap year can be a beneficial experience — particularly for students who have an objective or mission.”

Gap year companies also play a role, motivating curious parents, particularly those who can afford the astronomical prices. (A three-month excursion to broaden your teen’s perspective can cost upwards of $15,000 — and still leaves teens 3/4 of the year… for parents to pay for?)

Sounds good, but does taking a gap year work?

Questions of elitism aside, there’s data to show that gap years are, in fact, beneficial. Clagett points to studies on the February-start program at Middlebury College and University of North Carolina Chapel Hill’s program that reveal undergraduates who enjoyed a gap year earned a GPA 0.1 to 0.4 points higher than would have been expected. What’s more, gappers at Middlebury hold a “disproportionate number of leadership positions on campus.” And, according to the American Gap Association, students who took a year off tend to finish university more quickly than their peers.

Although parents may fear their teen will never return to their studies, statistics show the opposite. According to a 2010 survey of 280 students conducted by Karl Haigler and Rae Nelson, co-authors of The Gap-Year Advantage: Helping Your Child Benefit from Time Off Before or During College, 90 percent of youth who ditch scholastics for a year report back to their desks on time, with 60 percent claiming the gap year helped them determine their major and their careers.

With college tuition at an all-time high, Jennifer Miller of the American Gap Association observes, “many students are taking a step back to think carefully about that path before barreling forward.”

College admissions officers, especially at elite schools, invariably highlight “maturation” as a primary reason for gap years. In today’s era of helicopter parenting, with hovering adults coddling their kids, is the gap year emerging as a “time to grow up” ritual that sheltered teenagers, who can’t do their own laundry, desperately need? Perhaps. But admissions officers tend to say the proof is in the pudding. “Our academic staff also finds that, many times, students who take a gap year arrive at Stanford with more maturity both socially and in the classroom,” comments admissions director Devlin. Clagett says he finds that students who take a gap year “will frequently be more mature, more focused, and more aware of what they want to do with their college education.”

Students, amusingly, also view their maturation as the prime reason they want a gap year; of course, they don’t call it that. A yearning “to find out more about themselves” is the top reason for a gap year, according to Haigler and Nelson’s 2010 survey. Another questionnaire, prepared by Nina How of Temple University, yielded “Gain Life Experiences / grow personally” as the main goal of a gap year — beating options like taking a break from academics, traveling, volunteering, or wanting work experience.

Some parents, like Ken Beckman of Minnesota, think their teen needs a dose of the real world. Beckman is mandating a gap year for his eldest son because he wants him to experience a blue-collar existence. “I want him to leave home and get his own place and get a job and have a boss — at WalMart, for example!” Beckman says. He wants his son to struggle with boredom, loneliness, and lack of family support in an environment where upwards of $50,000 in college tuition isn’t at stake.

Hillary Billings and her husband were motivated by Kristof’s articles, particularly his view that a gap year can — and should — provide volunteer services and open the gapper’s eyes to human needs. That’s what Billings wanted for her son; she didn’t want Ted to move from “one academic bubble to another.” But when she asked him to take a gap year, “Ted was not happy,” she recalls. “He wanted to be part of his peer group heading off for college.” After attending a gap year fair at Drake High School in Fairfax, CA, Billings signed up her son with an organization called VolunQuest. Ted was sent to Isla Mujeres, a tiny island off the coast of Yucatan, Mexico, to live with locals and teach English.

Ted’s gap year “was pretty rough,” admits his mom. “He couldn’t take showers at his house because there were so many cockroaches in the bathroom…. He was also very lonely. There were no other volunteers there at the same time.” But when Ted returned, NYU was still there, waiting for h, m — and Ted was ready for it.

“Ted matured a great deal,” Billings says. “Before his gap year he was timid and nervous to extend himself for fear of being judged or failing. During his gap year, he gained much more confidence in himself and his ability to manage any situation, no matter how difficult.” Ted’s been on the Dean’s list at NYU every semester, he explores New York’s boroughs with a desire to meet new people, and he takes risks — and knows the right ones to take. “We don’t worry about him,” she says.

Billings has three more sons, and she’s insisting they all take a gap year.

Related: “What’s a gap year?” and other questions — answered