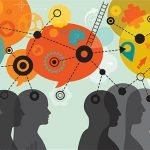 Neuroscience sheds light on why teens act the way they do.

“The young are heated by Nature as drunken men by wine.”

So said Aristotle more than 2,300 years ago, but in recent years brain science has taught us to blame our teens’ erratic, feverish, often idiotic behavior less on nature and more on their developing brains.

Until fairly recently, scientists assumed that the human brain reached maturity at around the time of elementary school. But scans conducted in the 1990s revealed that the brain experiences major transformation between the ages of 12 and 25. The brain doesn’t continue to grow larger; rather, it develops and forms connections that make it faster and more efficient. The executive region of the brain, which oversees planning, organization, and other important executive skills, is still under construction in the teen brain, which is why your teen may seem so mature one moment and regress to a state of semi-toddlerhood the next.

An article in National Geographic called Teenage Brains points out that that the teenage brain is half-baked for a reason: the qualities that make teen behavior so bewildering at times also make it highly adaptive to the challenges and demands humans face as they move from the safety of childhood to the challenges of the adult world.

For example, taking risks and focusing on peers, behaviors that peak during adolescence, prompt teens to try new things and develop new talents, interests, and connections. At the same time, because the teenage brain is still developing, it’s extremely flexible. When it stops developing, the adult brain will be faster and more reliable, but also more resistant to change. This flexibility makes teens highly adaptable as they go out and explore world.

So, if your teenager keeps losing their phone or gets a ticket for speeding or blows off studying for a test, take comfort. According to National Geographic, “It can seem a bit crazy that we humans don’t wise up a bit earlier in life. But if we smartened up sooner, we’d end up dumber.”