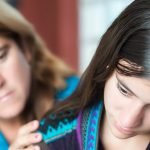 10 tips for helping a discouraged child

Parents of kids with learning disabilities or ADHD share their strategies for helping a child make a fresh start.

Can anything cause more instant heartbreak for a parent than the sight of a dispirited child? And children with learning and attention difficulties experience more than their fair share of discouragement as they struggle to learn.

Research tells us that when a child is overcome by a strong emotion like discouragement, you must first deal with the emotion before trying to tackle the problems that caused the emotion.

We asked parents, “What is your top tip for helping when your child is discouraged?” Here are their tips, sorted into ten categories, starting with ways to empathize with your child’s discouragement.