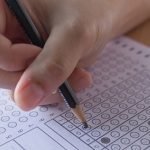 Advertisement
Parenting » Science » What do the state science standards say about evolution and intelligent design?

What do the state science standards say about evolution and intelligent design?

Most state standards include teaching evolution in science classes.

According to a 2005 Education Week survey of state science standards from 41 states, 39 state standards documents offer some description of biological evolution and how it accounts for the diversity of species that exist today, while 35 of these documents go further and give similar treatment to Darwin’s principle of natural selection.

Education Week, a nonprofit publication that covers issues in education, reviewed the science standards of a large majority of the 50 states, comparing them against 10 concept statements about evolution in the National Science Education Standards.

Education Week found four states — Florida, Illinois, Kentucky, and Oklahoma — that do not mention the term “evolution,” in their science standards.

Kansas goes back and forth on evolution

In November 2005 in Kansas, despite protests by Governor Kathleen Sebelius, the National Academy of Sciences and numerous others, the Kansas State Board of Education voted to adopt a draft set of state science standards that challenge the theory of evolution. The new standards will take effect in 2007, unless next year’s elections cause a shift on the state school board, and a reversal of this decision. Several candidates have already come forward to challenge those school board members who voted for the new standards. Two national science groups demanded that their copyrighted material be removed from the standards document because of its approach to evolution.

Kansas has a history of battles over evolution, with the victor depending on which side has a majority on the State Board of Education. Between 1999 and 2001, the board removed and then later reinstated references to evolution in the state science standards.

In 2002 in Ohio, the “Critical Analysis of Evolution” model lesson plan was created to implement a benchmark in the Ohio state science standards that requires students to be able to “describe how scientists continue to investigate and critically analyze aspects of evolutionary theory.” The standards also clearly state that they do not endorse teaching intelligent design.

What is included on state science tests?

Out of 20 states that responded to a 2005 Education Week survey about questions on state standardized science tests, none included questions about intelligent design in their high school science state tests. Of the respondents, 17 said they had at least one question on the high school assessment that dealt with evolution.

The Thomas B. Fordham Foundation, a nonprofit organization that supports research, publications and projects in education reform, released a review of the science standards for each of the 50 states in December 2005. According to this review, 19 states earned honors for having clear and rigorous science standards. Although that might not seem like a lot, more than half of U.S. children reside in these 19 states. Fifteen states received failing grades, indicating they have no real standards or have standards that are so vague and weak as to be “meaningless.” The remaining 15 states received a “C” or “D,” meaning average or below average. Only one state, Iowa, was not included because it does not have science standards.

The Fordham Foundation concluded that since its previous report in 2000, the nation as a whole has neither lost nor gained ground in its science expectations for students. “This flat line trend at the national level is worrisome, especially as America’s world competitors make their own countries’ science education a major focus,” states the executive summary of the report.

Where does No Child Left Behind (NCLB) fit in?

State science standards have gained new significance for students, parents and teachers. The federal No Child Left Behind law requires that by the end of the 2005-2006 school year, all states have standards in place. Beginning in 2007, all states will be required to have state science tests at three grade levels-3-5, 6-9, and 10-12.