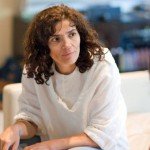 Advertisement
Parenting » Dilemmas, Emotional smarts, Health » What about you, Mommy?

What about you, Mommy?

When your kids ask about your own drug and alcohol history, what should you tell them?

“Did you ever try drugs, Mommy?”

I paused as my 11-year-old daughter’s eyes flashed panic.

How I got myself into the conversation was one of those meandering paths through the forest of torturous parental explanations. It all seemed so logical, so well-intentioned. … And now stupid, stupid Mommy, what had I done?

My daughter is horrified by all notions of intoxication. If I drink an occasional glass of wine at dinner she regards me askance and asks if I’m drunk. If she hears about a kid at a given high school smoking marijuana, she declares she’s never ever going to that school. If we got to a restaurant where there are adults enjoying pints of beer with their meal, she steers me to the door, “Mommy, ew! It’s a bar.”

In her mind, drinking more than a small glass of wine or beer (her parents’ typically abstemious ration) will lead immediately to projectile vomiting — followed by alcoholism, car wrecks and jail-time in quick succession. A puff of cigarette smoke? You’re on an express train to the nearest cancer ward. Illicit drugs? She embraces the “Reefer madness” world view: one encounter will make you a lifelong addict, living on the streets, and stealing from family members.

Of course, she didn’t develop these notions in a vacuum. Being older parents hell bent on staying alive for our kids, my husband and I are avidly engaged (some might say preoccupied) with health. So my kids have probably heard more about the dangers of partially hydrogenated oils, artificial coloring, cigarette smoke, drug abuse, reckless driving, and playing around the open dishwasher with its exposed knives, than many of their peers.

Thus, when my daughter overheard that a friend’s Dad had done a lot of drugs, she demanded an explanation. “Is Melanie’s Dad an addict? Did he go to jail?”

Melanie’s father had what might be charitably called a colorful past. Still, I didn’t want him forever branded in my daughter’s mind as a junkie, so I felt the need to give her a little more context. “Actually honey, a lot of adults have tried drugs,” I said.

And suddenly there we were, with her asking me point blank about something I wasn’t sure she really wanted to know.

This was uncharted territory. My little girl suddenly peeking into the quandaries of her teen years. Me not knowing what to say — or how honest to be.

Growing up California in the 1970s, aka experiments-R-US, I’d been a goody two-shoes. Neither drink nor drugs touched my lips. I didn’t smoke pot, tobacco, or cloves from the spice cabinet. In college I broke down: I got slammed on my 21st birthday and experimented a couple of times, far less than anyone else I know.

And the truth is …

So I told her the truth. Had I had a colorful past I might have behaved differently, but I believe in holding myself to high standards of honesty, based on the idea that if you are committed to being forthright, you will do far fewer things you regret.

Even though I consider my history moderate by the standards of the time and place, this was clearly not the answer my daughter wanted. From her wildly dilated pupils I saw that I’d shattered the comfort of her black-and-white world view.

Realizing the can of emotional worms I’d opened in her budding garden of a mind, I punted. “You’ll have to ask him,” I said.

When my husband walked into the room a few moments later, overhearing our conversation, he sputtered: “She asked me that already.”

He sat down with her and told about his alcohol and drug use in his youth. He explained that he too had experimented in college, how stupid it was in retrospect, and how little they knew then about the brain and the effect that drugs can have on a developing mind. But the look on her face made us wonder if she now regarded her parents as dangerously depraved, even though at this point my husband and I are about as square as they come. In fact, we were pretty square when square was a word that referred to more than a geometric shape.

“Let’s put it this way,” my husband said. “The last two presidents have done more drugs than your mother and me.”

The irony struck me — we want to raise our kids with certain absolutes. When I talked to friends about it, none of them had figured out what to do when it came to sharing the details of their own pasts. One couple I know can’t agree: one wants to be quasi-honest, the other wants to fabricate a big fat white lie. Another single mom, whose ex had a serious drug problem, committed to lying a long time ago, framing her ex’s issues in terms of alcoholism instead of drug abuse.

I turned to the experts to find out what parents should tell their kids about drugs and alcohol. There’s plenty of advice out there, but when it comes to talking about one’s own history, things get complicated: each history and child is different. Suddenly, a choice between forging an honest relationship and protecting your child against the power of suggestion stand in stark opposition.

According to Antidrug.com, research suggests that honest conversation, even about a parent’s less-than-squeaky past, has a positive effect on kids’ choices, although there are limits to how much detail you should offer. This website is great — it even gives you talking points!

When it comes to what to tell your kids about using drugs and alcohol themselves, most neurologists advocate a  zero-tolerance position, stressing how dangerous and debilitating drugs and alcohol are for all developing minds (up to the age of 25!). And I’m right there with them, nodding my head.

At the same time, psychologists who work with teens in the trenches contend that your child will likely do all the things you’re afraid of, and extreme prohibitions will only guarantee rebellion.  I think, “Not my daughters! They will use their brains and make good decisions!” No parent wants their child to do drugs or drink alcohol or smoke cigarettes — no matter their own past, sometimes precisely because of their own past.

Oops. Too much, too soon

But the realities of the adult world, even for those we uphold as worthy of our greatest admiration, are far murkier. I decided I’d made a mistake by spilling the beans on myself without thinking through the implications, and I vowed to revisit the issue soon with a stronger, clearer message.

In the middle of the night, my daughter climbed into bed with us. “I can’t sleep,” she said. She didn’t have to explain why.

I remember being her age and the dawn of new and terrible awakenings glimmering in my consciousness in the middle of the night, when the only solution was to climb into bed with my mother. I wrapped my arms around her, silently promising that whatever else happened, I would be there for her, and that I would always be willing to talk about tough things, even when I didn’t have all the answers and the experts didn’t either.

“I couldn’t sleep either, honey,” I whispered. “Do you want to talk?”