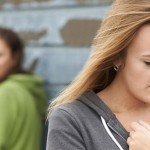 Most of these were done by kids, all of them will tug on your heart.

The FineBros are famous on YouTube for their “Kids React” video series. In this one, we see kids’ honest reactions to an infamous bullying video where a victim finally fights back. Is it right or wrong? The kids tell you what they think. Warning: moderate violence.

On October 10, 2012, Amanda Todd committed suicide. Before her death, she posted a video of herself on YouTube using flashcards to tell her story of cyberbullying, abuse, and blackmail. In this video (another in the reactions series by TheFineBros), we get teenagers’ reactions to Amanda’s story — including their own bullying experiences and how they relate to Amanda’s horrifying and unfair ordeal.