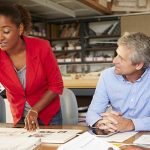 How one mom brought the PTA to life

Getting Involved: Teresa Maxwell rejuvenated her school's PTA and recruited other parents to join.

Teresa is the mom of two kids. Her son Craig was a second grader at Paul Revere when Teresa became involved in the Parent Teacher Association (PTA).

In the fall of 2003, there was very little parent involvement at Paul Revere. There was a PTA but it only had a few members. Teresa remembers complaining to the school’s parent liaison about not receiving information about a school fundraiser in time to participate. The parent liaison explained that there just weren’t enough parent volunteers to get everything done.

Teresa decided to try to get more parents involved at Paul Revere. She ran for secretary of the PTA, and then became president the following year. As president, she recruited more parents, teachers and staff to join the PTA and increased the number of events the PTA planned. PTA membership went from 16 members up to 73 members in just one year. The PTA held lots of community events and fundraisers, including a car wash, a carnival, an international potluck, movie nights, a talent show and an ice cream social.

Teresa also worked to make the school friendlier to parents who want to be involved. Teresa set up a beautiful parent room with space for parents to meet and bulletin boards for sharing information. She also started holding informal parent meetings at the school to give parents a chance to come together. These weekly morning meetings are now run by the school’s parent liaison, but continue to provide time for parents to talk and help each other. They also often have guest speakers or workshops on topics of concern to parents.

The PTA is working to draw greater support from the neighborhood. Members held a welcome meeting for new kindergarten parents, and they are reaching out to attract neighborhood families to their school.

Getting other parents involved

Teresa started by recruiting the parents she knew from her son’s class, and went from there. She just talked with parents and asked them for help with projects. The school’s parent liaison was also a big help in recruiting parents. Teresa has found that parents are drawn in to help by an interest in a particular event like bingo night, the school raffle, or the car wash and barbeque.

Working with the school

Teresa noted that she is still trying to improve cooperation between parents and teachers. She said that many of the teachers don’t know how to be open to parent involvement and are afraid it is just going to mean more work. Paul Revere faces an additional challenge in this area because a large percentage of the school staff was new last year as part of an intensive school improvement program. Teresa noted that communication has sometimes been lacking between staff and parents as changes have occurred.

Despite the increased PTA membership, attracting parents to come to PTA meetings remains a big challenge. However, Teresa has managed with a small group of very active, loyal parents who do the major planning as they try to build the base of involved parents. This small group can often get other parents involved in carrying out specific tasks to support an event once the basic planning is done.

How the school has benefited

The PTA has raised money for many great programs at Paul Revere, including providing school uniforms for 10 students who couldn’t afford them, paying for a professional development day for the teachers, giving each teacher $300 for field trips and funding an attendance incentive program. The PTA has also built community at the school with events like potlucks, bingo nights and movie nights. A big project the PTA is working on now is creating an exchange closet for school uniforms.

Teresa recommends that parents who want to increase parent involvement at their schools begin by making a plan and deciding what they want to accomplish. They should try to get other parents they know to support them and build more involvement from that base. She also suggests that parents start by being involved with their own children by reading with them and helping with homework. Teresa said, “Parents need to think, ‘If I don’t do this, no one will. I have to do this for my kids!'”