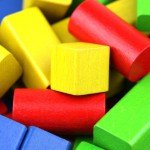 How to pick the perfect learning toy

Here’s our insider’s guide to the tricks of the learning toy trade. Hint: Electronic and trendy doesn't necessarily mean "educational."

“Santa Claus will be here soon!” our two girls keep chirping. “Under the Christmas tree, we want to see toys. Toys. TOYS!”

My wife and I are resigned to spending a sleigh-full of money on gifts, even if they logged a year that was sometimes naughtier than nice. We will purchase toys. But this year — we’ve firmly resolved — we’re not buying “stupid junk” that decays their developing brains. Instead, we’ll shrewdly get them educational toys. Our children will be happily playing and secretly learning. Basically, we’ll trick them. Ho ho ho!

But what are learning toys, anyway? Most parents are frightfully uncertain of the definition — and easy prey for every smarmy sales pitch and promissory “Einstein” label.

“All toys are learning toys,” writes Kathy Hirsch-Pasek. The Temple University professor has written several books on the topic, such as Play = Learning.

Hirsh-Pasek’s first contention — the 90/10 rule — is that toys should be “platforms for learning rather than directing children.” She favors toys that let children take the lead. This is backed by a January 2011 study in Cognition where researchers found that children discover more about a toy when they get less instruction from adults. A young human’s creativity, inventiveness, and urge to discover are best enhanced if they are permitted to investigate a toy without suffocating guidance from hovering adults who explain complex details from a step-by-step manual.

Wow. Mighty old-fashioned, isn’t it? Pretty much every gift on that list — except Legos — is something that little Laura Ingalls might have played with in Little House on the Prairie. Sure, her doll might’ve been made of corn husks, but the point is that researchers’ 21st-century toy lists don’t include Spy Kids DVDs, Call of Duty video games, Taylor Swift CDs, remote control helicopters, or anything posted at babygenius.com.

If you’re absolutely determined to purchase a toy that looks like it was invented in your child’s lifetime, the website Ebeanstalk.com headquartered in Milford, CT can help.

“We narrow our list down to the best toys for each child’s age development,” the toy site’s co-founder Brian Gordon says. “Amazon lists today, for example, 86,558 toys for 2- to 4-year-olds. Our aim is [to narrow that list] to help parents choose from the best five percent.” To whittle down the list, their team of five child developmental professionals meticulously separates the educational wheat from the ignorant chaf.

One of Ebeanstalk’s toy pickers Shari Harpaz told us the four things she looks for in a learning toy:
1. A toy that encourages a child’s imagination, such as wooden blocks paired with toy figures, or farm or playground sets
2. A toy without too many sounds and lights — those can be distracting
3. A toy that can grow with children as their knowledge and skills expand, such as a play kitchen or wooden train set
4. A toy that helps with multiple skills at once, such as a puzzle that teaches a new language (colors, shapes, new vocabulary words), plus motor skills (fitting pieces together, matching), and problem solving).”

Déjà vu, huh? Experts on both coasts agree that all Santa Clauses should shop for the same basic goodies. And for this grown, married dad who has caved in to many a toy demand, it all rings true. You see, I’m from a toy-less farm family, guided by a Depression-era patriarch and matriarch who grew up playing with dirt clods. They thought it was extravagant, silly, and brain-stupefying to buy us toys, so they didn’t. (They didn’t let us watch television, either.) My six brothers and sisters and I didn’t experience it as a loss. We tore up cardboard boxes and made forts. We staged plays with costumes made out of rags and ripped sheets. We made fabulous creatures out of egg cartoons, wood scraps, and baling wire.

For my own girls, I’ve painfully yielded to pleas for sophisticated, expensive plastic toys. But still, I wistfully remember my magical childhood creating precious treasure out of dusty garbage, and I fear that today’s children won’t learn to create anything if we incessantly give them finalized packages. What will they discover, and invent, if we don’t toss them raw materials, and say, “DIY?”

For this reason, I’m happy to report that my 8-year-old’s favorite toy — more beloved than any of her 73 dolls and stuffed animals — is a simple box of building blocks, all the same size. (In fact, it’s one of our Golden Apple toy winners, CitiBlocks.) She erects houses, fences, and castles that fall endlessly and are then rebuilt, even taller, elevating as ceaselessly as her skyrocketing brain.