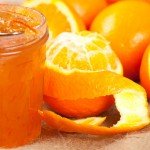 Third, fourth, and fifth graders explore the science of canning by making marmalade.

Pantries full of homemade jams and pickles may conjure up memories of Grandma’s home, but did you know that canning dates to the era of Napoleon? When the French ruler needed a better way to keep his army fed, he offered 12,000 francs to anyone who could come up with a solution.

Home canning has made a comeback as more people demand control over the quality of their food. Follow this enticing recipe for a lemon-ginger marmalade, and teach your child about fresh food, self-sufficiency, and the process of preservation. Kids will appreciate taking the time to savor the spicy-tart flavors of the season.

The project: explore the art and science of canning

Explaining the canning process to your child provides a lesson in preservation. Remember, the most important step in the canning process is called heat processing, a way to ensure the jars will be safe to store at room temperature — preventing any unwanted microorganisms from living in your jam. Here’s how it works: After filling the jar and sealing it with a two-piece lid, you heat it in boiling water. As the jar gets hotter, its contents expand, changing the internal pressure. Gases and air are vented from the jar, and after heat processing, the atmospheric pressure is greater than the pressure inside the jar. This pressure difference creates a vacuum seal that prevents any contamination after the fact. While the canning process varies slightly depending on the types of foods you’re working with, the basics stay the same.

1. Prepare the jars
First, you need to sterilize the jars. Wash and rinse the jars, then boil them in a large pot of water for at least 10 minutes. Remove the jars using the jar lifter, and move them to a clean paper towel. Do the same for the lids. You’ll probably want to complete this step on your own to minimize the risk of burns.

2. Make the marmalade
Use a vegetable peeler to zest the lemons, and slice the zest into thin strips until you have about a cup.

Place the lemons, cut side down, on the cutting board, and remove the white pith (underneath the skin) with a knife. Quarter the lemons and remove the seeds. Then slice the wedges crosswise. You’ll need about 1 ½ cups.

Combine the sliced lemons, ginger, lemon zest, and two cups of water. Bring to a boil and then simmer at a lower temperature until the zest has softened — about seven minutes. Whisk in the pectin, increase the heat to high, and add the sugar. Boil for one minute while whisking continuously, then take the pot off the heat and let it cool for five minutes.

3. Can it
Use the canning funnel to transfer the hot marmalade to the clean canning jars, leaving half an inch at the top of each jar. Screw on the lids. Boil the filled jars for 10 minutes and remove them to cool.

Ask your kids to listen for the “pop” as the jars cool and make a vacuum seal.