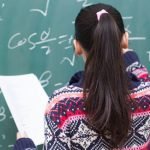 Advertisement
Parenting » Emotional smarts » How do Asian students get to the top of the class?

How do Asian students get to the top of the class?

Why do many Asian students excel? The secret is parenting, say the authors of the provocative book Top of the Class: How Asian Parents Raise High Achievers — and How You Can Too.

While Asian Americans make up only 4 percent of the U.S. population, Asian-American students make up a much higher percentage of student bodies in top universities around the country. The percentages are astounding: 24 percent at Stanford, 18 percent at Harvard, and 25 percent at both Columbia and Cornell. More Asian Americans over the age of 25 have bachelor’s degrees and advanced degrees than any other race or ethnic group. And after outperforming their colleagues in school, Asian Americans also bring home higher incomes than their non-Asian counterparts — almost $10,000 more annually than the rest of the population (2002 statistics).

The statistics are startling, so we decided to explore and reveal the various practices or “secrets” Asian families utilized to maximize their children’s chances at academic and professional success. Top of the Class: How Asian Parents Raise High Achievers — and How You Can Too was the result of these efforts. In Top of the Class, we discuss 17 practices that are common throughout many Asian households; we also include a section discussing the parenting pitfalls to which many Asian parents fall victim.

While many of the practices are common sense, others may surprise you. In this article, we will focus on two of the 17 practices, provide examples, and show you how you can incorporate these methods into your own household…with great results.

Clearly define your child’s role as a student

We all assume different roles in society: for example, that of accountant, physician or homemaker. Imagine if there were an abundance of lawyers but not enough teachers. What if everyone decided to become a pilot but no one wanted to be a police officer? Just as a community needs people in different roles in order to function well, a family needs its members to carry out different duties so it can run smoothly. Asian families believe in specific roles for each member of the family — and the children are no exception. In our experience, children in Asian families tend to have more clearly defined roles than their American counterparts, and we believe this is one reason why Asian students tend to excel in the classroom.

While American children are dividing their time between a thousand different extracurricular activities in addition to household chores, Asian students are concentrating more on their schoolwork. The role of Asian children in the family is clear-cut and two-fold:

Our parents firmly believed in roles, and they ensured that each member of the family carried out his or her role to the best of his or her ability. Our father was the breadwinner during the day and an educator at night. Our mother kept the house and finances in order during the day and also became an educator at night. Our role during the day was to obey our teachers and do our best in the classroom; our role at night was to obey our parents and focus on our continued studies at home (which included homework, review of previously learned material and any additional assignments our parents gave us). Of course, we also cleaned our rooms, set the table, did the dishes and played outdoors, but we didn’t have the multitude of distractions that many non-Asian children faced once school ended.

Non-Asian children often equate the final ring of the school bell with freedom from learning and education. Therein lies the difference between many Asian children and their peers. Many non-Asian children view their roles in the classroom and at home very differently. Unfortunately, many children are not taught that the role of student is one to be assumed during and after school hours.

On the contrary, Asian students rarely shed the role of student. Regardless of their roles during the day, Asian parents transform into educators at night. The Asian parents we knew placed the utmost importance in their role as educators, and their children reaped the benefits. None of the top scientists, musicians or athletes would reach their pinnacles of success by doing just the bare minimum. The same principle holds true for becoming a great student.

Asian parents do several things that allow their children to embrace the role of student:

To encourage your children to embrace the role of student, turn your home into an exciting place for learning! Set aside at least one hour every night to focus on homework or review the subjects your children are struggling with. Even after the homework is done, review the principles learned that day at school together. If you, as parents, are willing to spend time and effort on your children’s studies, your children will more likely view their schoolwork as meaningful. For the same reason, the more fun you have reviewing the material together, the better! Our father loved to conjure up additional problems to reinforce our homework assignments — without them, he was never fully convinced that we understood the material.

When it’s time for your children to tackle the books, make sure they are in a place where you can see them. This way, they can come to you with questions and you can also ensure they are doing their homework (and not goofing off, or dozing off). Of course, don’t forget to allow your children some time to unwind and relax, particularly immediately after coming home from school.

Getting your children to embrace being students also involves individualizing methods of learning that will work best for them. In order to determine what these methods are, schedule frequent meetings with your children’s teachers and get their feedback on what learning and teaching methods work best for them. After all, these educators spend all day with your kids and can easily identify their strengths and weaknesses. Once you have this information, your teaching (and your children’s learning) will become more effective.

Finally, we can’t stress enough how important it is to instill a respect for educators in your children. Asian parents possess the utmost respect for educators, and this respect is passed onto their children. Asian parents never undermine an educator’s authority, and they view their children’s educators as collaborators — not adversaries. If your children do not respect their educators, it will be incredibly difficult — if not impossible — for them to respect and embrace their roles as students.

All parents and educators believe in positive reinforcement for a job well done. However, many American parents also reward their children for mediocre school performances, fearing that if they are too negative, they might permanently damage their children’s self-esteem. While positive reinforcement is effective and feels good, the goal of a parent interested in raising achievers should be to mainly reward performances that are praiseworthy. Of course, we are in no way advocating harsh punishment. While this may improve school performance temporarily, the pressure, resentment and fear this strategy fosters in your children can have negative long-term repercussions.

While American parents continually try to boost their children’s self-esteem, Asian parents tend to dole out praise less frequently. If your son is struggling in biology class and brings home a poor grade despite hours of studying, don’t simply praise his efforts and ignore his grade. After praising him for his dedication, sit down with him to discuss how his efforts can result in a better grade the next time around (you may need to include his educator).

It’s OK to show your child that you are proud of his effort yet unsatisfied with his performance. While American parents go to great lengths to stress the importance of effort regardless of the result, Asian parents tend to be more results-oriented. Stressing both effort and achievement rather than effort alone can make all the difference in your child’s academic performance without in any way hurting your child’s emotional well-being.

Parents play a crucial role in their child’s academic and professional success. In Top of the Class: How Asian Parents Raise High Achievers — and How You Can Too, we discuss 17 ways parents can raise children to love learning and maximize their intellectual potential. While many of the methods run counter to our American culture, we believe that no other investment a parent can make will provide as many long-term rewards.