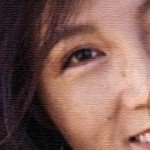 Raised by a Tiger Mom

The author of a new novel explores what it's like to be the daughter of great expectations.

Since Amy Chua’s manifesto Battle Hymn of the Tiger Mother whipped American parenting paranoia into overdrive, Cara Chow says she can’t “push her stroller down the block” without running into someone who wants to talk about tiger mothers.

“I have moments where I think Amy Chua will be with me until the day I die,” she laughs.

Bitter Melon, Chow’s recently released novel about a teenager girl coming-of-age under the thumb of a controlling, high-expectations immigrant mother, explores the psychological dilemmas, and damage, that can result from extreme Chua-style parenting.

“I almost feel like my book offers the daughter’s perspective on what it feels like to be raised Chua’s way,” she told GreatSchools this week. “And Amy Chua’s book tells the story from [the mother] Gracie’s point of view.”

A 25-year-old debate rears its head

Chow’s 18-year-old protagonist Frances lives with her mother in an apartment in San Francisco. Like her peers, Frances’ goals are clearly set out for her: to ace her academic classes so that she can get into UC Berkeley and become a doctor. But when Frances accidentally finds herself in a speech class instead of calculus, she discovers a voice, a voice that allows her to speak the unthinkable and question her upbringing. Ironically, Frances’ prize-winning speech is based on the real 1987 Time magazine cover, Those Asian-American Whiz Kids – which was also Chow’s inspiration for her first high school speech assignment. (The 25-year-old article puts the Tiger Mom debate – a full six years before Chua’s eldest daughter was born — in much-needed historical perspective.)

Chow has spent years processing the power and effect of this parenting style. Her own relationship with her mother provided “compost for [her] imagination.” Like her heroine she too was raised in San Francisco, with the mandate to succeed at all costs and end up at UC Berkeley or forever hold her head in shame.

“My mother was really hard on me,” she says, adding that the parenting style is predicated on the assumption you need to ride your children like a mule that will otherwise not move forward.

Chow recalled how her mother’s high standards both motivated her but also defeated her. “I really wanted to make her proud but there was nothing I [could] do to make her proud.” This parental catch-22 led to high achievements but took its toll. “I became an insecure adult that had to work on her insecurity,” she says.

Despite her own experience, Chow says she, like many so-called “Western parents,” responded to Chua’s self-assured manifesto with some anxiety.

“I don’t plan to raise my child the same way,” she said. “But I have moments of self-doubt myself. The fact is that I didn’t get pregnant, I didn’t do drugs, and I did really well in school and I wonder how my mother’s strictness played a part.”