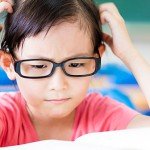 Staying back a grade

The practice of grade retention is increasingly common — but research suggests it can be harmful. What are parents of struggling kids supposed to do?

If doctors use crackpot treatments that hurt patients, they face consequences.

Ironically, that’s the situation popping up across the country: Despite almost 100 years of research showing primarily harmful academic and social effects from repeating a grade, in the past few years many of our nation’s largest school systems (New York City, Chicago, and Los Angeles to name a few) have implemented mandatory retention policies at various grade levels.

But if kids aren’t learning the skills, something must be done, right?

A few years ago, social promotion — pushing kids to the next grade irrespective of their academic abilities — came under fire. The practice became a rallying point for education reformers who were concerned that educators had gotten in the habit of just passing kids from one grade level to the next with no accountability.

“Social promotion is the main problem in our education system now,” says Pat Lamb, a teacher who in her long career has taught everything from Kindergarten to Home Economics to GED courses. “In 19 years [teaching GED classes], I can count on two hands the number of students who knew their multiplication tables. And these are typically taught in the third grade,” she says. Lamb advocates learning levels that are based on skill acquisition, not age. She’s often heard her GED students say that classes moved too fast. In her opinion, “They weren’t succeeding because they were passed along to deeper waters when they weren’t ready.” One of her own children was held back in fourth grade. “It gave him a chance to learn in more detail what was covered,” she says. “He became an excellent reader.”

While an extra year sounds relatively benign, “research fails to support the benefits,” says Shane Jimerson, Professor of School Psychology at University of California at Santa Barbara. In fact, the National Association of School Psychologists’ review of the research has prompted the entire organization to oppose grade retention. For the most part, research shows “deleterious effects” for the child, both academically and socially.

For example, research on grade retention shows the initial academic gains from the hold-back decline within two to three years. Over time, all academic areas — reading, math, and language — are negatively impacted (with reading being the hardest hit). In the long run, grade retention is associated with increased behavioral problems, which tend to worsen as the child hits adolescence. Retained students have increased risks of alcohol and drug use, smoking, suicidal intentions, and violent behavior. Moreover, retention is one of the most powerful predictors of high school dropout.

In a long-term study, grade repeaters and low-achievers who were promoted were compared when they reached age 20. The students who repeated a grade earned less per hour and had lower employment statuses. In contrast, by age 20, those low-achieving students who were promoted had jobs comparable to a general population of peers. The study also found that as adults, grade repeaters were more likely to be unemployed, on welfare, or in prison. The picture is not positive.

But in many districts, the choice is no longer up to the parents. When Sandy Smith’s son was about three months into first grade, his teacher informed Smith that her son was behind and that she might recommend he repeat first grade. In their Los Angeles Unified School District school, retention in first grade is up to the parent’s discretion, but by law the teacher can hold children back irrespective of their parents’ wishes in second grade.

“At first, it’s kind of a pride thing,” Smith says, recalling her determination to prevent her son from “flunking” first grade. She worked with the teacher to identify her son’s obstacle: reading comprehension. Smith enrolled her son in a computer-based tutoring program twice a week after school. Tutoring made a small but measurable difference. At Smith’s discretion, her son was promoted to second grade.

Smith’s main concerns for her son were social. She didn’t want him teased or ostracized by his peers. She did her best to address the reading problem with tutoring and she chose to advance her son with his class, even though he was behind.

But the experts argue that social promotion is not an answer, either. “The evidence clearly indicates that we must move beyond grade retention and social promotion,” Jimerson says. “Instead, educational professionals must focus on interventions that build upon the strengths of students and target their needs.”

So what’s the parent of a struggling child to do? First, you need an appropriate assessment to evaluate your child’s area of skills and need. Then, take a targeted approach to help learning in those specific areas. Perhaps most importantly, monitor the progress every week (at a minimum). Start immediately and don’t forget to use the summer. “It’s documented that most kids have an academic decline over the summer,” Jimerson says. “That’s your opportunity to narrow the gap: You have an immediate opportunity in those three or four months of summer to provide targeted instruction to address a child’s needs,” he says.

For children struggling emotionally rather than academically, the same approach applies. “Acts immature” doesn’t tell us much, Jimerson says, but an assessment that finds poor problem-solving skills and poor self-regulation (they’re often intertwined) gives you something to work with. “Targeted over the summer, a child can clearly build these skills,” he says.

For Smith’s son, the tutoring method didn’t work. “About halfway through second grade he got really bogged down with the work,” Smith says. “He couldn’t keep up the pace. His little life got really stressful.” Her son was subject to mandatory retention. Luckily, the school addressed Smith’s fears. When school started the following year, her son was in a new second grade class that was physically far from the third grade class her son would have otherwise been in so the kids didn’t see each other in the halls much. Social activities like cub scouts and karate kept her son confident and happy. Smith’s son is now faring quite well in high school. “His brain needed another year to grow,” she says simply. “Really, there have been no issues ever since.” All in all, despite her initial hesitation, Smith has nothing but positive things to say about her son’s experience with retention.

In New York City, mandatory retention grades are third, fifth, seventh, and eighth. The system’s retention program, while test-based at its heart, isn’t only about scores. Research shows that students’ experiences with retention vary greatly when “supportive programs” — like early identification of at-risk students, small-group instruction, after-school programs, assessments, individual education plans (IEPs), and summer school — are part of the intervention. This is more in line with what Jimerson and the National Association of School Psychologists advocate for: individualized assessment and targeted attention.

Studies of New York City’s retention program have shown moderately positive results, at least so far, but Jimerson warns that parents should be wary of a test-based retention policy that doesn’t include individualized, targeted strategies to help their child learn. “Mandated grade retention appears to hold the student accountable, and fails to detail what specifically will be done during the subsequent year to address the student’s areas of need,” he says. And without that targeted intervention, “research fails to support grade retention.”