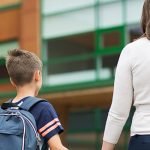 From teachers spanking your children to the state demanding they get flu shots before being allowed to attend, here's what you have no control over in your school.

Do you want the school to fire a terrible teacher? Hoping to take your child out of school for an educational two month vacation? Trying to opt out your child from the school’s anti-discrimination course? You might be surprised by what parent rights you don’t have at your child’s school.

Parents can’t say no to educating their children, and some have even been imprisoned for regularly allowing their kids to play hooky. Some parents, intent on opting their children out of public school, claim to be homeschooling their kids, whether they are or not. The rule of law has made school attendance from the ages 6 to 17 mandatory in every state for the past 100 years. If you aspire to have your child be a slacker, don’t enroll them in a Californian school, where the truancy laws are among the harshest. A Central Valley mother was sentenced to 180 days in jail after her kids missed more than 10 percent of the school year. There is one notable exception to the must-go-to-school rule: the Supreme Court ruled in 1972 in Wisconsin v. Yoder that Amish kids were exempted past eighth grade and they don’t even need to be home-schooled because they are learning vocational skills from their community.

In many states, parents cannot opt their kids out of corporal punishment, which usually means paddling the bottom or back of the legs with a wooden board. In some states you’re notified first and given the choice to select the punishment for your child. Curious about the spare-the-rod rule in your state? Check them out here.

Parents generally can’t opt their kids out of most vaccinations. All 50 states require vaccination for measles, mumps, rubella, chicken pox, diphtheria, tetanus, pertussis, and polio. Connecticut also requires the flu vaccine. You can check State-by-state requirements here. And this map shows which states permit a medical, religious, or philosophical exemption, although in general it’s become more difficult to claim a philosophical or religious reason to forgo shots.

If your child is one of the 8 percent of U.S. kids with a food allergy, you’re certainly concerned about the cafeteria menu, especially if yours is one of the estimated 37 students per school district who has a dangerous peanut allergy. Public schools are not required, however, to be peanut-free, and most of them aren’t. Even if they were, many experts don’t regard that as an effective restriction. As a parent, you aren’t legally in the right to tell everyone what not to eat, but you can insist on state laws that require schools to stock up on EpiPens to prevent anaphylaxis shock. You can look up state-by-state guidelines here.

Parents you can probably wear most anything, even our pajamas to school, as long as it’s P.G. As for kids, school-clothing rules have clashed with freedom of speech laws for the past 50 years, with students often losing the battle. In 1969, the Supreme Court’s Tinker vs. Des Moines case determined that black armbands worn by students protesting the Vietnam War were disruptive in the classroom and violated the rights of others. Today most states allow school boards to set the standards. Generally, it is forbidden to wear gang-related attire or colors of a local gang, lewd clothing, and garments that promote illegal drugs and sexual activity. If you want to know exactly what your school’s dress code is, get a copy of the policy from the school administration. Most any religious attire is permitted. If you think the regulations infringe on your child’s constitutional rights, contact an education attorney. Some student protests are making inroads on changing school dress codes. Case in point: Alameda Unified School District recently rethought their dress code policy to ensure it wasn’t too restrictive or shaming girls. The district now permits yoga pants, crop tops, ripped jeans and the like so long as buttocks, genitalia, and areola are covered.

Programs have been installed in many states to discourage discrimination and hate-based violence and promote acceptance of diversity. In most cases, parents cannot opt out their children from these educational activities, unless there is sexual content or moral assertions they regard as objectionable.

It may be appealing to get a student expelled who you deem a threat to other children’s and the administration’s safety, but it’s not easy. The decision to expel or suspend a student is determined by the school principal or the local school board using state laws as the guideline. In Connecticut, students are automatically expelled if they sell illegal drugs on or off campus or take a gun or other deadly weapon to school. Connecticut students may be expelled if they are disruptive, put classmates in danger, or break an important school rule. Mississippi law includes vandalism or school property as an offense liable for expulsion, plus high school membership in any “fraternities, sororities, or secret societies.” Other states include drinking alcohol on campus and physically threatening students and teachers as offenses leading to expulsion. For more detail, here’s a compendium of school discipline laws for each of the 50 States, D.C., and Puerto Rico. Parents can insist on adherence to these laws if they seek removal of a student from their school — or if their child is at risk of being expelled or suspended unfairly.

For children bored in public schools because they are not academically challenged, what rights do parents have? Not many. How far a teacher and school will step up to make learning more rigorous is up to them. States differ enormously in the amount of funding, if any, they allocate to academically advanced students. Only 10 states require their districts to have an administrator serve gifted and talented students. Still, you have “the right to ask” for accommodations. Maybe your young Einstein can be seated at a table or in a study group with other academically advanced children. Maybe the teacher can give your smart student harder homework and a more difficult reading list. You can also ask the school to enroll your child in enrichment classes, in upper-grade classes, or to entirely skip a grade. You can ask and ask and ask again and again. Good luck!