15 rights parents have in public schools

From making sure your child is safe to defending her freedom of speech, here is what you are allowed, without exception.

Is it legal for a teacher to spank your child? Can you make sure Creationism isn’t taught? Do immigrants have the right to a free public school education?

Finding answers to these and other loaded questions about your rights and your children’s rights in U.S. public schools isn’t obvious. Should you start by looking to the federal government? Not so fast. Our founding fathers didn’t claim federal authority over public education. In 1791, they passed off the responsibility of teaching reading, writing, and arithmetic (and discipline!) to the 14 states, as written in the Constitution’s 10th Amendment. Yes, there’s a Department of Education in D.C., but as it freely admits on its website, “Education is primarily a State and local responsibility.”

To learn your rights as a public school parent, think local. Start by checking the standards of your state’s Department of Education, from Alabama to Wyoming. After looking to state laws, turn to your school district and child’s school for answers. You can find information on your school and district by looking both up at GreatSchools.org.)

This said, in the centuries that have followed since the Constitution was written, the Supreme Court has added substantial constitutional rights for parents and children. Congress overcame its initial hesitations to pass sweeping education reforms like the 1964 Civil Rights Act, the Education for All Handicapped Children Act, the No Child Left Behind Act, and numerous other landmark policies.

Here are 15 of your unalienable rights in the U.S. public school system. 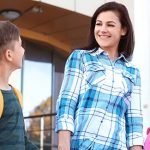