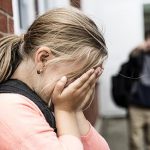 Advertisement
Parenting » Emotional smarts » What you can do to stop bullying

What you can do to stop bullying

Bullying is a serious problem with long-lasting effects that can be the root cause of criminal behavior, academic failure, and lack of self-esteem later in life.

When a California teacher caught a class bully in the act of punching another student, she immediately sent the bully to the principal’s office. The bully’s punishment was a one-day suspension which he spent sitting in the school office, where other students could see him. The student learned his lesson and never bullied again, and the bully’s victim learned that his school was a safe place where bullying and violence would not be tolerated.

The best way to combat bullying, says the mother whose child was the victim of this bully, is having a school community where the message is clear: Bullying simply is not tolerated.

Teachers, students and administrators are all very aware of the policy. If an incident occurs, the teachers respond immediately. The students know that the behavior is unacceptable, that there are trusted adults they can confide in and that there will be consequences.

Debra Chasnoff, a San Francisco-based filmmaker who has produced a video for schools in which bullies and the bullied tell their stories, advocates a kinder, gentler approach. “Just focusing on tough discipline isn’t enough. Schools should place a priority on building community. Teachers who can get kids to know and trust each other, to empathize with each other, will have fewer problems in the classroom and on the playground. You are less likely to turn on someone you know as a fellow human being.”

What are the signs that my child is being bullied?

What are the signs that my child is a bully?

What are the long-term effects of bullying?

Melissa Smith, a California mother, recounts what can happen when bullying is not stopped. Her son was the victim of a gang of five elementary school bullies who continually verbally abused him. For four months her son tried to ignore them and always walked away. Finally, the gang left him alone. But her son continues to suffer from a lack of self-esteem, has had trouble making friends, and years after the bullying incident, is now in counseling.

Bullying, commonly thought to be a problem for boys, is just as prevalent among girls. It often takes the form of intentional verbal abuse or malicious gossip by several girls ganging up on one girl. Jessica, an overweight sixth grader in Canada, recounts the torment of being continually teased by three girls she previously considered her best friends: “How many times do you feel so bad that you want to change schools, leave all the actual friends that you do have or just lock yourself in a room forever?” she asks as she recounts her story of being bullied.

The problem of bullying is widespread and is often cited as a contributing factor in the recent cases of school shootings. According to the National Resource Center for Safe Schools in Portland, Oregon, 30% of American children are regularly involved in bullying, either as bullies or victims, and approximately 15% are “severely traumatized or distressed” as a result of encounters with bullies. Researchers agree that children who bully in childhood are more likely to become violent adults and engage in criminal behavior; victims of bullies often suffer from anxiety, low self-esteem and depression as they grow into adulthood.

When is it teasing and when is it bullying?

One of the common myths about bullying is that it is just a normal part of childhood. Everyone gets teased now and then without a great deal of harm, but bullying, characterized by repeated, intentionally hurtful acts, can have long-term consequences for the bully and the victim. These acts can be physical, verbal, emotional or sexual, and there is generally an imbalance of power between the bully and the victim.

According to Indicators of School Crime and Safety, 2007, a report issued by the Justice Department and the Department of Education, in 2005:

Other studies indicate that:

What can I do about bullying?

The most important thing you can do is listen to your child. Ask about how things are going at school. Ask if your child has had any experience with bullies or has seen other children experience bullying. Often children are too embarrassed or scared to bring up the topic on their own. You can bring it up by discussing sympathy and respect for others, asking such questions as “Why do you think she said those hurtful things?” or “How do you think it feels to be bullied?”

You’ll want to have a discussion about how to handle bullying situations and warn your child never to resort to violence, even as a reaction to a bully. Stan Davis, a Maine school guidance counselor and trainer in bullying prevention, advises encouraging the majority of students who are not victims or bullies to stand up to bullies, to ask adults for help and to reach out as friends to isolated students.

You may be tempted to intervene by confronting the bully and his parent yourself, but most experts advise against doing so. If you confront the bully, you will only verify for him that your child is a weakling. Many bullies come from homes lacking in parental involvement, so confronting the parent might not prove productive. Besides, it will probably be difficult for you to talk to the bully’s parent in a calm and rational manner and that might only exacerbate the problem.

Your instincts may tell you to let the child learn to handle the situation himself, but in actuality he may need an adult (either a teacher or a parent) to intervene when bullying takes place because of the imbalance of power. Alert your child’s teacher or principal when bullying occurs and work with your school to make sure the atmosphere is safe and that there is effective monitoring. Ask to be notified should your child be involved in a bullying incident. To really know what goes on at school and to help create a positive atmosphere, volunteer to be a playground supervisor or a classroom assistant.

What should my child’s school be doing to address bullying?

Look for a positive, supportive atmosphere where students know that bullying will not be tolerated, where students know they can go to adults for help, and where there are clear consequences for bullying. An ongoing commitment to promoting this kind of school environment is key. An effective technique used in many schools is to have each class develop its own code of conduct.

Here’s the code of conduct that one class wrote:

Teachers and staff should be on the alert and should intervene when they see bullying occur. They should be aware that bullies often try to operate in places that are not in direct public view, such as school bathrooms or locker rooms. Some schools hold assemblies to present the topic of bullying, but these one-shot efforts have not been proven to be as effective as a consistent, ongoing school-wide effort to combat bullying.