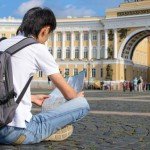 Going abroad to study or do community service can change your teenager’s world view, show her a career path or improve her Spanish. But sometimes things go wrong.

As these teens’ stories show, it’s important to:

In the months before Jonah Most went to Mexico in the summer, the San Francisco student’s mother carefully researched the five-week program he chose. It was advertised as an experience that combined community service and a home stay in a village near Oaxaca. The program was sponsored by a nonprofit organization that is well-established but not accredited by the Council on Standards for International Educational Travel (CSIET), which evaluates international travel programs for high school students. While the organization’s other programs have gotten rave reviews on local parenting Web sites, this was its first in the Oaxaca area.

Most got a scholarship that paid half of the cost. Schoen says she wasn’t told until a week and a half before the trip that her son would be living in Oaxaca — a city of 250,000 people — not a small village. “I told them, ‘I know Oaxaca, and it’s no village.’ ‘It’s OK,’ they said. ‘It’s a village outside Oaxaca. He’ll be going to a big family wedding out of town.'” Schoen says she this she was thrilled her son would be having a great cultural experience.

After being picked up from the airport, Most was taken to a large house across from a golf course in the suburbs outside Oaxaca. The family had a chauffeur and owned a factory. His host dad was a Canadian and talked to Most in English. The family was warm and friendly, but the setting was not exactly what Most had expected. Nor was the rest of the program.

“The volunteer stuff was kind of a joke,” he said. “It was an orphanage and we spent a couple of hours cleaning out their storage area.”

As for the wedding, the family went without him.

Most says he got some practice with Spanish from his host brother and learned a little about the economic system from visiting the family’s factory.

His mother has a harsher view of Jonah’s experience.

“It wasn’t what was advertised,” she said. “I felt blind-sided.”

“Standards help,” he says. “They’re not created with the premise that nothing’s going to go wrong. But they do tell parents that it’s reasonable to know where your kid is going to be living.”

CSIET standards say participants should be informed about their accommodations in advance, but don’t specify how far in advance. The bottom line is that parents need to research a program, even an accredited one, get references and make sure they’re comfortable with its procedures and timelines.

“Parents need to read the fine print before they put down any money,” Hishmeh says.

The Berkeley, California, student signed up for a trip to Spain the summer before her senior year in high school. It was led by two high school teachers who were not affiliated with an organization but had organized similar trips in years past. The program included a week of travel around Spain, classes at a language institute and a three-and-a-half week stay with a family in the country.

As is the case with many programs, her host family — a couple and two teenage daughters — was paid by the program for her room and board and had hosted a succession of students. Although the family was friendly, she said it was clear that she was on her own in ways she hadn’t expected.

“I had to do a lot for myself,” she said.” Like make my own food or figure out the bus to get to school.”

Hannah says she never felt unsafe but worried about the adults coming back in time to help her get to the bus depot to meet up with the rest of the group.

She told the group leaders, who immediately complained to the couple when they returned. That made for an uncomfortable end to the trip for Hannah, but she did make her bus connection.

“Some kids made lasting relationships with their families,” she said. “My advice would be, if it happens, great. But don’t count on it.”