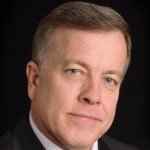 An award-winning high school teacher on helping kids like themselves.

“I think adolescence is absolutely the hardest age period for kids. Their hormones are rampant. There’s so much peer pressure. There are so many influences that don’t have to do with parents. All the media, the Internet, Facebook. But kids this age cannot produce anything good if they don’t love themselves. You can see the obvious kids who hate themselves. It’s very important that kids like themselves. Once they do, then everything falls in place.

“As parents, find something special about your child. Then tie that in with something they can get involved with. I suggest to parents: Sign your child up for something. Say to your child, ‘Let’s try this. Let’s try that.’ Never give up on kids.

“We had a kid whose mother worked in the theater for years. She said, ‘I want him to come to the academy. But he can’t sing or dance.’ When I met him, he wouldn’t speak or look me in the eye. I said, ‘I can’t take him if he can’t speak.’ His mother said, ‘Let me try with him again.’ Finally, he spoke with me, and I said, ‘OK, let’s give you a try.’ He’s now a sophomore. It turns out he’s brilliant running a light board. We’ve gotten to the point that the kids respect him so much. The other day it was his 16th birthday. The kids brought cupcakes, noisemakers, and grabbed him and put a tutu and crown and Mardi Gras beads on him. They really love him.”