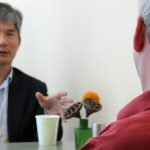 Dana Foster Chery, Director
Dana Chery is VP of Product Marketing at Samsara. Prior to joining Samsara, Dana spent seven years at Salesforce where she most recently led marketing for Service Cloud, a customer service solution, as VP of Product Marketing. She has 15 years of experience building and executing go-to-market strategies for new products and programs. Her career journey also includes positions at GE Capital, NBCUniversal, and Cars.com. Dana is a Management Leadership for Tomorrow (MLT) fellow. She received a Bachelors in Economics from Tufts University and earned her MBA from the Kellogg School of Management at Northwestern University.

Peter Cunningham, Director
Peter Cunningham is the founder and former Executive Director of Education Post, a non-profit on-line platform promoting efforts to improve public education. Peter is President of Cunningham Creative, a Chicago-based communications company serving public, private and non-profit sector clients. He is also affiliated with Whiteboard Advisors, a DC-based education policy and research firm and Chicago-based Kivvit, a public affairs firm with offices across the United States. He recently served as Assistant Secretary for Communications and Outreach in the U.S. Department of Education during the Obama Administration’s first term. Prior to that he worked with Arne Duncan when he was CEO of the Chicago Public Schools. For several years Peter was affiliated with the political consulting firm Axelrod and Associates, and also served for five years in the administration of Chicago Mayor Richard M. Daley. Peter also serves on the board Englewood Montessori Charter School in Chicago, and Manufacturing Renaissance, a Chicago-based non-profit seeking to restore manufacturing through workforce development strategies. A native New Yorker, Peter began his career as a journalist with small weekly newspapers in New York. He earned an M.S. in Journalism from Columbia and a B.A. in Philosophy from Duke. He is married to an artist, Jackie Kazarian and they have two adult children who are proud graduates of the Chicago Public Schools.

Melissa Steel King, Director
Melissa Steel King is a Senior Associate Partner at Bellwether Education Partners, where her work has focused on program evaluation, children’s social and emotional development, teacher preparation, and educational equity. Prior to joining Bellwether, Melissa worked at SUNY Albany’s Center for Human Services Research, where she conducted evaluations of programs such as the school district’s federal 21st Century Community Learning Centers grant, a local parenting education workshop, and The Albany Promise, a cross-sector partnership to improve cradle-to-career outcomes for Albany students. Previously, Melissa conducted effectiveness research at Scholastic Inc., and worked as a trainer and evaluator for a social and ethical awareness program in Boston Public Schools. She began her career as an elementary school teacher. Melissa holds a bachelor’s degree from Williams College, a master’s in elementary education from Teachers College, Columbia University, and a doctorate in education in human development and psychology from the Harvard Graduate School of Education. Melissa serves as a member of the Communities In Schools Advisory Council.

Alma Vivian Márquez, Director
Alma V. Marquez is the Founder of Del Sol Group and the Founder of LaComadre.org and brings over 25 years of experience in finding solutions to complex problems and a vast network of allies locally and nationally. Before founding Del Sol Group, Alma was Vice President of External and Government Affairs for Green Dot Public Schools, a national education reform organization that manages public charter schools. Prior to Green Dot, she was a Program Officer with the First 5 LA Commission where she managed a portfolio of over $150 million in funds for early childhood education and was part of the team who branded the “First 5 years are the most important.” Alma also served as the CA Latino Vote Director for President Obama’s campaign, where she developed innovative Latino Voter strategies including the “Obama Nos Llama” campaign. She attended East LA College and transferred to Occidental College where she earned a Bachelor’s degree in English and Comparative Literary Students and Politics. She earned a Master of Arts Degree in Urban Planning at UCLA.

My Le Nguyen, Chair
My Le Nguyen is the Managing Partner of Lyden Capital, where she leads investments in growing technology companies. Prior to Lyden Capital, My Le led a variety of investments at Francisco Partners, a global private equity firm, and before that, she was an investment banker with Morgan Stanley. Across her career, My Le has completed transactions across the technology, healthcare, and business services sectors. My Le is a strategic partner to company management teams, advising on matters across finance, technology, operations and strategy as a director on the boards of numerous companies. My Le earned a BA in Economics from Stanford University (with Distinction and Phi Beta Kappa honors) and an MBA from the Stanford Graduate School of Business. She lives in San Francisco with her husband and two children.

John Palmer, Director
As a partner at Orrick’s San Francisco office, John Palmer works diligently to support California communities and public education. Palmer focuses his career on financing for cities, counties, schools, and community colleges in California. He earned a bachelor’s degree in English from Berkeley and a Juris Doctor from Northwestern University School of Law. Palmer was featured in the Financial Times North America Innovative Lawyers report in 2017 and the Daily Journal’s 2016 list of “Top 40 Under 40” lawyers in California. He is a former trustee and board chair of Ecole Bilingue de Berkeley, and currently sits on the board of Northwestern University Pritzker School of Law, the Oakland Public Education Fund, and GreatSchools.

Parissa Rouhani, Director
Dr. Parisa Rouhani. Parisa is the Co-Founder and Vice President of Populace, a Boston-based think tank committed to ensuring every individual has the opportunity to lead a fulfilling life in a thriving society. She is also a Senior Research Fellow with the Laboratory for the Science of Individuality at the Harvard Graduate School of Education, where her work has focused on the tension between individual and institutional responsibility in highly personalized systems. Parisa earned her Bachelor of Science from the University of Arizona, and her Masters as well as Doctorate from the Harvard Graduate School of Education.

Chris Stewart, Director
Chris Stewart is CEO of Brightbeam, a public education advocacy nonprofit. In 2018, he founded Wayfinder Foundation, a nonprofit that invests in grassroots anti-poverty and education activism. Prior to that he built relationships in urban communities as Director of External Affairs at Education Post. In 2013 Chris became the founding Executive Director of the African American Leadership Forum (AALF), a cross-sector network of Black leaders working to develop and implement an urban policy agenda across five northwest states. In 2007 Chris was elected to the Minneapolis Public Schools Board of Education. In that role, he helped establish the Office of New Schools, a department of the Minneapolis Public Schools that implemented school reform strategies. Chris blogs and tweets under the name Citizen Stewart and publishes at Citizen.Education. He lives in rural Minnesota.

Anthony Walker, Vice Chair
Anthony Walker is currently a Principal at Next Coast Ventures, an Austin based Venture Capital firm. Prior to joining Next Coast, Anthony was Vice President, Global Investment Research at Goldman Sach. In 2019, he co-founded Ellisen Inc., a startup focused on helping institutions of higher education better recruit and retain diverse talent. Before joining Goldman, Anthony spent approximately 5 years managing long-short equity portfolios at Millennium Management and Citadel LLC, two of the largest asset management funds in the United States. He has also worked in long-only asset management and from 2012 to 2015 was a Vice President and member of the Investment Committee at Chicago based Ariel Investments, where he was responsible for covering the energy and industrial services sectors. Anthony began his career in sell-side equity research and spent five years at Barclays Capital and Lehman Brothers covering the Oil Service and Drilling space. Anthony earned his BA from Columbia University (NY) where he double concentrated in economics and political science and received his MBA from the University of Chicago.