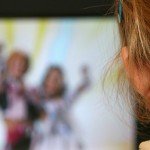 Your child’s brain on technology: television

How does TV affect your child's developing brain? Find out in part two of our ongoing series on tech and your child's brain.

Does TV rot the brain of a child glued to the screen more than an hour or two a day, as many parents fear? (One to two hours is the maximum dose recommended by the American Academy of Pediatrics. The group discourages all media use for children under 2.)

According to brain scientist Daphne Bavelier, the effects of television depend completely on the quality of the TV kids watch. In her study, “Children, wired — for better and for worse,” Bavelier argues that content quality varies as widely as the nutritional value of different foods. Many television programs foster cognitive gains, she reports, while others decidedly do not. For example, Dora the Explorer is associated with an increase in vocabulary and expressive language skills; Blue’s Clues and Clifford the Big Red Dog offer similar benefits. Teletubbies, however, is linked to decreases in both.

Just say no — to SpongeBob?

Here are two more programs for your do’s and don’ts list: Sesame Street is consistently associated with school readiness, vocabulary size, and numeracy skills. Effective educational shows like this can, according to Bavelier’s report, “exemplify how to resolve social conflicts and productively manage disagreements and frustration.” MRI scans find that viewers of the show enhance their intraparietal sulcus brain region (associated with mathematics abilities) and the Broca’s area, which correlates to verbal abilities. On the change-the-channel side, University of Virginia researcher Angeline Lillard determined that SpongeBob SquarePants and other fast-paced cartoons hinder abstract thinking, short-term memory, and impulse control in 4-year-olds.

A 2001 University of Massachusetts study supports Bavelier’s opinion that TV quality is more significant than quantity. The authors of the study conclude with an anti-McLuhan opinion: “The medium of television is not homogeneous or monolithic, and content viewed is more important than raw amount. The medium is not the message: the message is.” Their report reveals that “viewing educational programs as preschoolers was associated with higher grades, reading more books, placing more value on achievement, greater creativity, and less aggression.”

In any case, it’s safe to conclude that two hours per day of television for children is plenty — even if it is high-quality programming.

What about screen violence?

Decades of reports suggest that screen violence can have a significant effect on kids’ behavior. A 1982 study by the National Institute of Mental Health says children viewing violence on television become less sensitive to the pain and suffering of others; it also suggests they may be more fearful of the world around them and more likely to behave in aggressive or harmful ways toward others. Additionally, researchers say elementary school children watching violence on TV exhibit more aggressive behavior when they’re teenagers and are more likely to be arrested for criminal acts as adults.

Overall, research shows that TV binging is hazardous for the developing brain. A 2013 Japanese report published in Cerebral Cortex claims TV viewing negatively impacts the frontopolar area of the brain, leading to a decrease in verbal IQ. A 2005 study correlating “excessive television viewing in childhood and adolescence” with “poor educational achievement” mirrors a 1986 meta-analysis that indicated more than one or two hours per day of television hurt academic performance — “particularly reading scores.”

Copious TV doesn’t only damage GPA. A 2013 New Zealand study found that young adults who had watched more TV as children and adolescents were more likely to be convicted of a crime, receive a diagnosis of antisocial personality disorder, or exhibit aggressive behavior than those who watched less television. A 2002 Turkish study determined that “television viewing time had a negative correlation with social and school achievement” and was linked to social problems and aggressive and delinquent behavior. Excessive daily television use also increased the odds of depressive symptoms in young adults, according to a 2009 study, particularly in young men.

But don’t despair, not all the news about TV and the brain is sobering. It turns out that comedies have brain-boosting value. Seriously! Processing humor, notes a 2012 Stanford University study, activates brain regions involved in incongruity resolution and reward processing. What about reality TV? Does it have a shred of redeeming value? It turns out that it does — sort of. Psychologist Christopher J. Ferguson conducted a study of 1,141 preteen and adolescent girls and found that viewing reality TV programs was linked to increased self-esteem as well as to “expectations of respect in dating relationships.” Less surprising was the link between reality TV viewing and an increased interest in appearance and prioritization of fame over other values.

Your child’s brain on technology: video games
Our kids are awash in technology 24/7 — should we worry about the effects on their developing brains?brain.