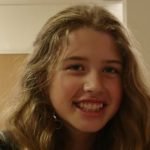 Helping your child find her voice

When teasing by middle school boys took an inappropriate turn, the principal helped my daughter advocate for herself.

My ex-wife, Jeni, called to deliver the news. A group of middle school boys had harassed our daughter, Tiana. Nothing physical or outright menacing, but there were enough sexual overtones to make a shy and sensitive seventh grade girl feel deeply uncomfortable. Jeni wanted to tell the principal. She wanted something done.

Tiana wasn’t so sure. As a rule, she avoided confrontation. She was upset, but escalation wasn’t her style.

At the time, I sympathized with my daughter. I recalled how brutal my own middle school years had been, resulting in a usefully thick skin. Maybe the same would be true for Tiana?

Jeni persevered. She convinced us that this was too important to let slide, that it was our responsibility to all the girls at our middle school to call out this bad behavior.

So we met with the principal, Rebecca Cheung.

We weren’t crazy about her response — at least not initially. Principal Cheung told us that in cases like these, her recommendation was for the aggrieved party to personally confront the person who had said or done something harmful. Tiana, she suggested, should explain to the boys why what they had said was so hurtful.

This didn’t sit right with any of us. Tiana was the victim! Why should she be forced to directly address the offender? For a shy girl, the experience would surely be excruciating.

Now it was Principal Cheung’s turn to persevere. She outlined the benefits for Tiana: Standing up for herself would be beneficial to Tiana’s long-term emotional growth and sense of self-worth. The confrontation would happen in Principal Cheung’s office, under her supervision. Neither Jeni nor I would be allowed to attend, another element furthering the goal of getting Tiana to stand on her own two feet. Principal Cheung told us she’d done this many, many times before, with good results for all parties. Though we were all still trepidatious, we decided to give this method a try.

That was 10 years ago. After this incident, high school came on like a tsunami, followed by college and foreign travel and serious boyfriends. We all kind of forgot about that middle school incident… until recently.

One day earlier this year, I started wondering how much of the strong, self-assured, utterly-unafraid-to-advocate-for-herself-or-others young woman I know today was born in that moment in Principal Cheung’s office. When my seventh grader put aside her diffidence, looked a boy in the eye, and explained to him his malfeasance — was that a breakthrough that forever shaped my daughter?

The answer, I thought, could be useful to anyone with a child in middle school. Middle school is notorious to everyone — parents, teachers, students — as a painful transition between the nurturing embrace of elementary school and the exciting drama of high school. We tend to think of middle school as a time to be endured, gotten through, tolerated. As parents, our impulse is often to try to shield our children from the roughest waters and keep looking ahead.

But a couple of decades of neuroscience research informs us that young adolescence — especially for girls — is an enormously important period of neural growth and transformation. The brain is literally being rebuilt, on the fly. Some developmental psychologists believe that making the right educational and developmental interventions in middle school could be as important as anything that happens in the 0-to-3 years period widely believed to be the most important developmental stage of life.

“The amount of neurological and developmental change that is happening right then [makes middle school] the second and last major window in which the brain is massively reorganized,” says Diane Divecha, a psychologist affiliated with the Yale Center for Emotional Intelligence. “It is a great period of vulnerability and opportunity. We should be pouring as much resources, study, attention, money, and support programs into this period as we have in the 0-to-3 range.”

It is, in retrospect, impossible to determine exactly how any single event can affect any person’s overall process of maturation and personal growth. But what I didn’t realize before investigating the hows and whys of my daughter’s experience is just how important it is to take a proactive stance in helping middle schoolers learn how to grow up at a time when everything — their brains, their hormones, their sense of self-identity — is in a state of roiling turbulence. We can’t shield our kids from these traumas; we need to get right in there, like Principal Cheung did, and show our kids how to grow from them.

Rebecca Cheung now works as the academic coordinator for the Principal Leadership Institute at UC Berkeley’s Graduate School of Education. She remembered Tiana, although she did not recall the specifics of this particular instance of harassment.

She acknowledged that her recommendation for a sit-down between harasser and victim was standard operating procedure during her time as principal. Quite a few girls, she said, had gone through similar experiences during her tenure. Middle school, said Cheung, is challenging for everyone, but it is especially tough for girls.

“What the research says is that girls by and large mature faster than boys,” says Cheung, “and so girls are really going through the puberty period during middle school. Puberty and adolescence come with a lot of awakenings for kids around their physical body — their identity, beauty issues, hormones. It’s really challenging for them to navigate, physically and psychologically.”

Her decision to bring both the victims and perpetrators of a bullying or harassment incident together to talk things out in her office was, says Cheung, a conscious effort to nurture youth empowerment “informed in part by some theories around resiliency and around student voice and advocacy.”

“I remember many, many instances of having to help kids find their own voice in navigating these types of issues,” says Cheung. “I remember telling them I’m not always going to be there to solve this problem for you. Part of our role is to help you be able to advocate for yourself.”

According to Cheung, the ensuing showdown wasn’t a sink or swim situation for Tiana or any other girl or boy. It was an adult-guided effort to resolve issues while building the child’s strengths. By being present in the room and lending her authority to the interaction, Cheung says she made it clear to both parties that this was an important interaction, that in her position as principal and leader of the school, she was using her authority to “to support Tiana… to emphasize the importance of her voice.”

Simply using her power to lecture the offending party on the error of his or her ways would be self-defeating, Cheung explains.

“Students have to find their own voice. That’s what self-advocacy is all about. If I advocate on her behalf, I could be reinforcing a victim mentality for her. [Instead], it’s like I’m taking my power, and using it to say ‘this is really important and you need to hear this now.’ ”

“Victimization happens when you can’t get yourself out of that space or mentality of fear,” she continues. “The empowerment is to move beyond the fear, to be able to speak and say your piece, and to make something right with the person and then for them to honor their words to each other, and move on.”

I wonder: Did it ever blow up in her face? Did resolution ever fail to occur?

“Oh yeah, that happened,” she acknowledges. “And then we do it again. But in between we have individual conversations with the students who are struggling, and we talk about why it was a struggle. These types of skills take time and practice to develop and sometimes they are really unfamiliar or uncomfortable for kids, and so I think we have to do right by them: which is to give them another chance.”

Intriguingly, according to Divecha, Cheung’s approach ran counter to the “conventional wisdom on bullying and harassment.”

“Peer mediation is not recommended,” says Divecha, “because you are putting the target of the harassment back into the relationship with the people who did the harassment.”

Which, of course, was precisely the concern that I had as a parent when Cheung first suggested bringing the students together to talk it over.

However, noted Divecha, it is also possible that “the principal was sophisticated enough to finesse that interaction so that your daughter didn’t feel re-victimized… and to make this happen to help her feel confident to stand up to something like a transgression on her dignity.”

In the immediate aftermath of the “interaction,” Tiana didn’t tell us much about what happened, except to note that the boys were extremely embarrassed. The initial harassing comment had involved the boys teasing Tiana about whether she knew “where the Tampon goes.” The retelling of this incident in front of the principal, apparently, was not something the boys enjoyed sitting through.

But at a time when the very structure of your brain is in great flux, maybe it’s a good thing to be forced to feel acutely embarrassed at your own dumb joke. And conversely, it seems possible that the principal’s encouragement to Tiana to be her own self-advocate may well have had outsized reverberations, given that we now know that everything that happens in middle school packs a larger-than-normal punch.

And that seems to me the thread to hold on to. Whether or not Principal Cheung’s intervention really did help transform my daughter into the adult she is today, it is clear that middle school is a time when such interventions make a huge difference. We’ve got to stop fearing middle school and learn how to embrace it. The potential for encouraging long-term positive personal growth and building your child’s strengths is simply too great to ignore.