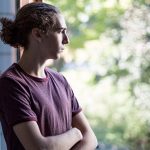 Your 12th grader’s life in the time of coronavirus

Of all the students sheltering in place, high school seniors deserve the greatest sympathy. For their 13 years from kindergarten to 12th grade, they were promised a celebratory senior spring semester that didn’t materialize as planned. Now, along with attending graduation online instead of on stage, they’re missing all the lasts that mark the end of adolescence and the beginning of young adulthood: from performing in their final play or playing the last games of the season to getting decked out for their senior prom or gathering for other end-of-high-school celebrations.

But instead of hugging (remember hugging!?) classmates a teary final goodbye and clearing out their lockers before setting out into the wide world of grown-up life, 12th graders are in lockdown, trying to prepare in isolation for a very uncertain future.

As much as they might be mourning their senior rites of passage, their grief might be eclipsed by worry over what’s to come, or not, in the months ahead. College-bound seniors couldn’t make a spring break visit to colleges they were admitted to, so they had to hope they made the right decision from home.

They may not even be moving into their dorms and sitting in lecture halls for freshman year. California’s main universities, and dozens of others nationwide, have already announced that class will be held online in the fall. And for grads who planned to join the workforce post high school, they’ll be facing one of the worst job markets since the Great Depression.

John Duffy, author of Parenting the New Teen in the Age of Anxiety, says that the adults in high school seniors’ lives can help most by simply being on hand to listen and empathize. “They are looking at a very, very unpredictable future,” says Duffy, one that no one can fix. So, he says, “the most important thing you can do is to talk honestly about any pain or loss they are going through.”

Before they even get to the finish line of (virtual) graduation, millions of 12th graders are experiencing concern and confusion as school districts reconfigure what students need to do to get a high school diploma.

The majority of states have eased graduation requirements, including eliminating final exams, shifting from requiring a minimum number of course hours to simply demonstrating competency in a subject, and lowering the number of required credits.

Even if seniors are being given a pass on formerly stringent requirements, these changes are still unnerving as students scramble to keep up with new standards. Even for 12th graders who have been self-sufficient in getting their work done, it’s still a good idea to check in and make sure they are doing what they need to do in each class to fulfill their suddenly altered graduation requirements.

The upside of senioritis

While it’s not an easy time to be a graduating senior, there are plenty of reason to remain hopeful for the high school class of 2020. Older teens tend to benefit from the wisdom that comes with age, which means they can see the long view better than younger kids. As a result, many are “excited but skeptical,” says Duffy. “These kids are pragmatists since they have as much information as we do.” Duffy observes that while many of the students he works with are sad and aware of what they’re missing out on, “just as many kids feel fine. They are kind of excited to be out of school and doing just a few hours of learning a day.”

By the 12th grade, plenty of teens are burned out, suffering from a classic case of senior burnout. What’s more, Duffy acknowledges, many, “didn’t like high school anyway. So the fact that high school is abbreviated, for them, it’s a little bit of a gift.”

Whether you have a senior who is in mourning or one exulting in being home, or a little bit of both, having them at home in a way otherwise unheard of for 12th graders offers a rare opportunity to connect with your soon-to-be-launched young adult. “I’m talking to teens who are doing charades, puzzles, TikTok videos, all kinds of things with their parents,” says Duffy. “It’s fun for them to see their parents in a different light. And there’s an opportunity to build relationships that might be a little fractured.”