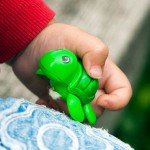 Is your preschooler’s lying and stealing normal?

A little one who lies and steals may seem destined for a life of crime, but both behaviors are far less alarming when viewed through a child development lens.

The case of the mysteriously missing keys

One day, Meredith’s mother received an unexpected phone call. Meredith, who was 4, had spent the afternoon at a friend’s house. The friend’s mother was calling to ask if Meredith had taken the key to their back door. It was an old, wrought iron key, and during the play date Meredith had admired it and asked to hold it.

“I just wonder if she might have taken it home?” the friend’s mother asked.
Meredith’s mother was embarrassed — and a little defensive. “I can’t believe she would have taken it… Are you sure it’s gone?”

“It’s gone. We’ve been looking for the last hour. The thing is, we can’t use our back door without it.”

When Meredith’s mother asked her about the key, the child said she didn’t have it, and quickly changed the subject. When her mother pressed her, she burst into tears. She finally showed her mother where she’d put the key: in her box of special things. “I couldn’t help it,” she told her mother in a wash of tears. “It’s so beautiful that I wanted to have it!”

I really want it!

Pediatrician Laurel Schultz says she doesn’t like to use the word “stealing” when it comes to small children. “If your child takes another child’s toy, or puts an action figure into her pocket at the store, you have to look at the intent. The intent is, ‘I really want that thing!’ Sometimes, kids get overwhelmed by their desire for something. To me it isn’t stealing — it’s normal preschool behavior.”

Craig Bailey, a postdoctoral research associate at the Yale Center for Emotional Intelligence, agrees. He says the concept of an economy is too abstract for children this young. “They’re still learning about ‘paying’ for things,” he says. As a result, children may steal out of lack of understanding. A little one may mimic mom’s behavior at the store and fail to notice or remember that she paid for the items she took home.

How to handle your little liar

“When a child says, ‘I didn’t take that toy!’ Or ‘I didn’t break that plate,’ I tell parents to insert the word ‘wish’ into the sentence,” Schultz says. “Your child really means, ‘I wish I didn’t take that toy. I wish I didn’t break that plate. I wish I wasn’t going to get into trouble!” She recommends that parents turn these kinds of incidents into teachable moments. Sit with your child and say something like, “I bet you wish you didn’t hide Mommy’s car keys. And maybe you didn’t mean to.” Explain that the behavior has consequences: hiding the car keys made the family late, for example, or taking Jackie’s stuffy made her sad. Keep your language simple and the conversation short, and provide a consequence.

Bailey says children lie to avoid the unpleasant feelings associated with punishment. Your child might say, “I was scared that you were going to yell at me.” Research discussed in Po Bronson and Ashley Merryman’s book, Nurture Shock, confirms that young kids aren’t trying to make you mad. Instead, kids often lie because they don’t want to disappoint you, so they tell you what they think you want to hear.

For this reason, Bailey says it’s important to talk to kids about unpleasant feelings like shame, guilt, fear, and disappointment. “Children are not born with the tools to talk about and understand these feelings. They need Mom and Dad to show them what to do and how to do it.”

In cases when your child admits what she’s done, Bronson and Merryman write that praise for telling the truth is much more effective than punishment. Laurel Schultz agrees, adding, “Be sure to praise and encourage your child. You can say something like, ‘Normally I would give you a consequence, but I’m so proud of you for telling the truth.'”

A little mischief is normal

When you think about it from a cognitive development standpoint, figuring out that they can lie – and how to do it — is actually a good sign. It’s an important cognitive step that emerges around age 4, says Mary Helen Immordino-Yang, a neuroscientist and human development psychologist at the University of Southern California. Your child’s ability to distinguish between what she knows and what someone else knows is a big milestone. “In order to lie, you have to be able to think very complexly and understand: I know something that the person does not [know],” explains Immordino-Yang.

Psychologist John Duffy agrees that lying, taking things, and other forms of acting out are part of normal child development. “I worry about the perfect kids, the kids who never test limits,” Duffy says. “When a parent tells me, ‘she’s been perfect since she was two,’ I worry. To me that’s a red flag: it’s a sign of an anxious child. When I hear there’s a little mischief – that’s a good thing.
“Taking things, little white lies — these behaviors are a child’s way of figuring out boundaries and learning about the world.”

Enjoying our preschool behavior series, Is it normal? Get the lowdown on other actions that confound parents of young children, including: biting and hitting; behavior changes at school versus home; hurting animals; shyness, confidence, and trouble with transitions; teaching little ones manners; gun play; “magic years” behaviors, like dressing up, cross-dressing, and imaginary friends; and more!