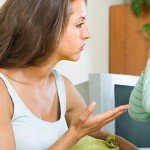 Advertisement
Parenting » Early learning » Is your preschooler good at school… but not at home?

Is your preschooler good at school… but not at home?

Your preschooler’s behavior changes in different situations. For example, he behaves well all day at school, then turns on the bad behavior at home. Is this normal?

Carissa Azbell witnessed a transformation in her son Sam as soon as he arrived at preschool every day. “He’s an angel at school. He listens to the teacher and rarely acts out.” At home, she says, “He’s a terror. He’s rowdy; he has attitude. He whines and cries if things don’t go his way.”

Parents are often confused by the wildly different behavior their child exhibits at home and at school, but psychologist John Duffy says it’s a sign of healthy development. “It’s normal to act out: to try and test the limits and boundaries of your young life,” he says. “Kids are less comfortable testing limits at school, which is a structured, less familiar environment. They hold in a lot of feelings and unleash them when they get home.”

Parent educator Nancy Gnass explains that it reflects your child’s solid sense of security. “Children know they are loved at home,” she says. That secure base empowers kids to act out against their parents. She says she sees it all the time, “Outside of home, kids are their best self.” At home? Kids know they will be loved regardless of their actions.

But it’s also evidence of your child’s learning in action, says Craig Bailey, former preschool teacher turned researcher with the Yale Center for Emotional Intelligence’s preschool program. Your child is acting out what he’s learning about what behavior is appropriate — and what isn’t — in different settings, says Bailey. If you wish your child could be that school-based angel at home, try some consistent routines at home — both similar to and different from the ones at school. “Consistency between home and school can help children learn which rules are similar and which are different.”

“I tell parents to rejoice if their child acts out at home and is perfect at school,” says pediatrician Laurel Schultz. “But if it’s the other way around, we need to talk.”

When it’s the reverse: good at home, but not at school

If a child that’s fine at home routinely acts out at preschool, it could mean the school isn’t a good fit. One of Schultz’s young patients wouldn’t sit still during circle time, for example, and the teacher complained to the boy’s mother. It turned out that circle time at the preschool lasted 45 minutes. “He was a normal, active, 3-year-old boy,” says Schultz. “His brain just wasn’t fully mature yet. When they put him in a preschool with a shorter circle time, he was fine.”

Acting out at school could also indicate a problem at home. In such cases, John Duffy recommends that the child see a therapist.

Like most preschool behaviors, the way a child acts at home and at school has a lot to do with temperament. For example, Sam Azbell’s twin, Max, is quiet at school and easy going at home. “They may be twins but they have completely different personalities,” says their mother. “If Sam is frustrated, he yells and acts out; Max just turns on the tears.”

Enjoying our preschool behavior series, Is it normal? Get the lowdown on other actions that confound parents of young children, including: shyness, confidence, and trouble with transitions; biting and hitting; behavior changes at school versus home; learning manners and nice words; lying, hiding things and stealing; gun play; “magic years” behaviors, like dressing up, cross-dressing, and imaginary friends; and more!